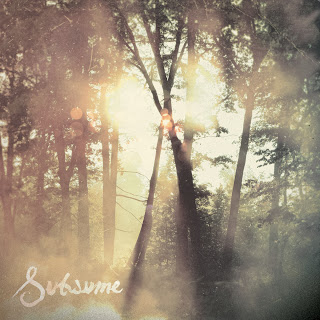 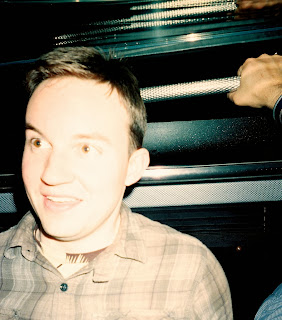 I've been a fan of the project known as Cloudkicker ever since an acquaintance back in high school first showed me the album The Discovery. However after the release of the fantastic Beacons album, I felt like the project has gone downhill quite a bit with last year's Fade being a particular low point in my opinion. I was hoping that this would be a return to form after that downhill streak recently since I first heard about it.
Even if the cover doesn't exactly scream, "This is a heavy album," based on the long song titles and the fact that there were only four tracks on here I had assumed that this album might be a return of sorts to Ben Sharp's heavier roots. Obviously when I say that I'm referring to his roots in the Meshuggah world. Fade definitely had it's heaviness, but none of the strength in songwriting that was demonstrated on the early albums; and I have to say that this album definitely brought a smile to my face once that first riff kicked in half-way through opener The Warmth of The Daytime Seemed Like A Dream Now. Pretty much as soon as that riff kicked in I was in with this album. In my mind I already made the call that this was, and is, Sharp's best record since Beacons. With that being said though, I don't think his detours into more mellow and textured territories has gone to waste, I would say that his experiments in post-rock, acoustic, and shoegaze music has definitely impacted the backdrop of most of what's on here. The slower sections, not so much sludgy or doomy though, used on here definitely owe a debt to what he was doing on his last full-length. I'm pretty sure that it's common knowledge that although there are four tracks on here, they all connect together as a unifying piece of music.
I think that my main gripe with this album was something of a first for me as I listened through this album, and that was the production. Now don't get me wrong, the guitar tone is great and I love the thick and pumping bass sound as well, but it's the drums. While it's always been obvious that, being a one-man band, that the drums were programmed in this project, I think this is the first time the drum tone (more specifically the kick drum tone) ever annoyed me. It just felt flat and uncharacteristically dull sounding, even for being a machine, I felt that it just didn't mesh together as consistently as the drums and guitars have on previous outings. The hi-hat also was a bit annoying as well simply because it was so loud in the mix. Granted, it was only in certain spots that I felt it didn't fit with everything else, so even though I wasn't crazy about the kick sound, it didn't actually damage my enjoyment of the album too much. But the only reason I think that I have a problem with these drum sounds is because one of them just feels dull compared to how vibrant and, at times, uplifting the guitar parts are, the other one is just too loud in the mix in my opinion but I already said that.
As I said above, I think this is a great piece of work that is definitely the best thing Sharp has released in a few years. It returns to the sound that I first discovered him with while almost reinventing it for himself by including some of those more dreamy elements. Definitely worth checking out if you're a fan of progressive music.
Overall Score: 8
Highlights: A Weather Front Was Stalled Out In The Pacific - Like A Lonely Person, Lost In Thought, Oblivious of Time., You Could Laugh Forever But Never End Up Happy.
Posted by maskofgojira at 7:04 AM