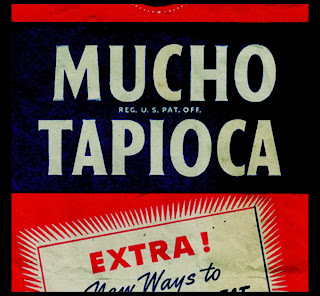 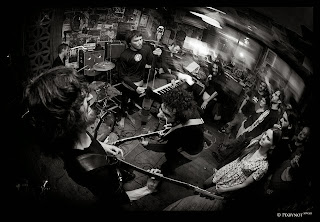 I wasn't originally planning on covering this album when I first got it, which was several months ago. It just looked like something I wasn't particularly interested in, but one day I had some time and I was going through various links I had been sent to listen to and figured I should give this one a go. To my surprise it turned out to be something a bit more up my alley than I would have ever expected.

Jazz rock is something I would say I'm not particularly well versed in, even though I have been known to enjoy some of it from the 60s and 70s, if it's modern, chances are I've never heard of it. Frankly I can't even remember the last time I've heard jazz rock with vocals, but I guess it would make sense that in order to accompany some weird and frenetic music, the vocals would follow suit; and let me tell you the vocals on here are Mike Patton-meets-Frank Zappa crazy. At times veering into bizarre and/or just plain stupid territory, hear opener Parano Yack. I don't mean stupid in the way that it probably comes across, but more absurd the route this guy takes to vocalizing. He can go from more high-pitched wining to gruff (think Tom Waits) moaning and it's just weird. If it was just him I could see this sort of album becoming very tiring, but luckily the instrumentalists keep things just as off-the-wall and fun as well. Though I have to be honest and say that in terms of genre exploration, they never really move into heavier territory, which is somewhat disappointing because there were several times when it felt like the music could have used a nice climax instead of just wandering around the same territories it was for the majority of the song, and I would point to the first two tracks on the album as main culprits of this. They don't really do much of anything. I mean, the band is obviously playing and making music, but at the end of these first few tracks, I never remembered anything that had just happened.

It wasn't until about track three that I really started to get into this album. That was when it started to actually sound as if the band was getting into what they were playing and not just fiddling around. It was a little bit louder (or the rock influence was actually coming through) which may have been why my attention was grabbed at that point, but I actually think the songs got a bit better as well. The band also comes across as, slightly, more serious than the earlier tracks may have presented them, which is weird that halfway through the album the band finally hit their stride, at least in terms of how they constructed the album, because the last half is really some solid jazz rock. Being quirky and weird certainly wins a band points in my book, but it only works if the songwriting isn't overpowered by it, and I think that's where this band falters. There a solid chunk of this album that feels more eccentric and weird just for the sake of it. Instead of the songwriting allowing them to be that way, it feels like they let being weird dictate the songwriting, but that's just my opinion.

So, overall, this was an inconsistent, but actually pretty solid little album. I think if the band perhaps shift focus from trying to be as quirky as possible to actually writing some good songs, their next record might be something pretty damn cool. But as it stands now, if you're a fan of more eccentric and wild sounding rock music, this should be on your list of things to listen to, though if you're not a fan, I don't see this converting you to the church of weird music.
Overall Score: 7
Highlights: Scrabble au Coin du Feu, Malhabile Lama, Méchant Chameau
Posted by maskofgojira at 7:45 AM