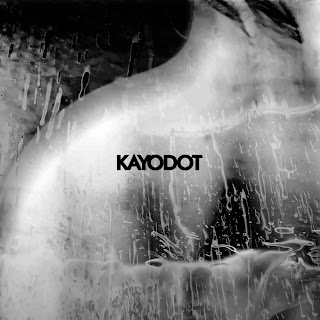 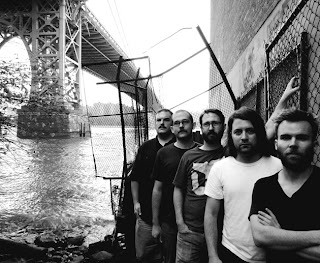 Kayo Dot and Mr. Toby Driver are "two" (two in one in a sense) projects that I am very taken with. Since first hearing his work in the seminal Maudlin of The Well back in highschool I've tried to learn from his various creative outlets and apply it to my own work. Kayo Dot, I would say has been a bit more challenging to get into on my part since they dropped their metal side, but their recent return to it definitely caught my ear.
Since dropping most of their metal from their sound, Kayo Dot has arguably become a more respected group in the eyes of people who dislike the genre, but have lost a good few who had followed them from early on or even from the days of Maudlin of The Well. So it was reassuring that those heavier ideas were being brought back, even in a live context, through the Gamma Knife album last year. While that was raw and felt rather unpolished, it did bring the hope that those traits might be carried through in a more complete fashion on a future release - which turned out to be the case. In the form of Hubardo, Kayo Dot have arguably created their bleakest and most bizarre record to date - which is saying something considering their past output. Though it has to be said anyone expecting a balls to the wall record (if you are, have you listened to any of this bands early work at all?) will be thoroughly disappointed. From the opening moments of The Black Stone I was seriously questioning what I was listening to because it wasn't what I had expected from all the hype I had heard and read beforehand. It was really jazzy and minimal, but with death growls and it wasn't until the closing couple of minutes where I think I got what the band were going for on that track.
But pretty much after that initial question mark for me things really took a turn to where I did grasp more of what was going on. While it's very hard to say any band sounds like Kayo Dot, there were times throughout this album where I was reminded of a couple other bands who, not only I respect very much, but are also about as interesting and adventurous as these guys. From the closing moments on the aforementioned The Black Stone, which had a strange Deathspell Omega flair to them, to the blast-off of Thief which sort of reminded me a bit of Yakuza. Granted these are more momentary comparisons than anything major, don't expect to play these tracks and hear any of these comparisons for any more than a couple of seconds. It's just those passing comparisons that I think make it a bit easier to latch onto something that is otherwise very dense, unaccessible, and progressive as this album is. That isn't to say there aren't songs that stand out as being easier to digest than others though, personally, a track like Zlida Caosgi (to Water The Earth) was one of the first tracks on here that caught my ear, it's just that I wouldn't expect people to go into this and connect with most songs on first listen.
With all that being said, despite this being the band's most metal sounding record in quite a while, it's not a total headbanger. The middle of the album definitely brings back some memories of what the band's been exploring in their more recent material. Including the synth-led The First Matter (Saturn In The Guise of Sadness) and the minimal jazz arrangement of The Second Operation (Lunar Water) that are about as far from being "metal" as one could probably be. Yet those who might think they would stand out in the middle between two more intense bursts would be rather mistaken because while sonically they are nowhere in the same area as the metal tracks on here, it fits with the aesthetic that can be found building up on the early tracks. The whole record is a rollercoaster, with each track providing a shift, whether it's a more gradual build found in the earlier songs or the jolt that happens from track The Second Operation (Lunar Water) to Floodgate. But it's also worth noting that even though some might not grab onto those more minimal tracks as immediately as others (remember what I said earlier), with time, I actually found them to be some of the most memorable and engaging tracks on here. Whether it's just a matter of them being in contrast to the heavier material or that they just have traits that I resonate more with than on some of the band's other records where similar ground was covered.
I figure it's obvious that this is a must (have) album for this year and that it's awesome. I think that even though I had imagined it being more aggressive overall than it was, I like the end product more than if it had been because it's not a total treads back towards metal and still retains some of those traits that I did enjoy from more recent material. Definitely check it out if you're one of the few who hasn't already.
Overall Score: 9
Highlights: Thief, The First Matter (Saturn In The Guise of Sadness), The Wait of The World
Posted by maskofgojira at 7:05 PM