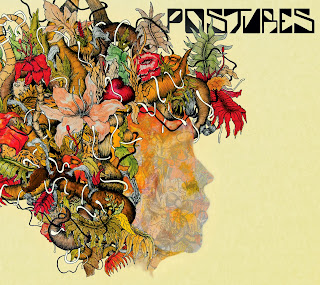 I was sent this record several months ago and had planned to write a review for it all the way back then. But life got in the way and I forgot about it until recently when I knew there was a prog-rock band that had contacted me and I wanted to actually review their record. I found it, finally listened to it, and the rest is below.

Just to start off, I have no idea how much of this blog/how many reviews this band saw of mine before they sent me this album of theirs but it has to be said that I do consider it rather brave of them to have sent it to me at all seeing how (I'll say) unkind I have been about rock and metal bands with female vocalists who are not Anneke van Giersbergen. Maybe that had something to do with why I procrastinated for so long before finally listening to it, but thank goodness I finally did play it because hot damn this chick's got a voice on her. I'm prejudiced to female metal vocalists because they're either operatic (which I find annoying) or they try and go for more of the intense death metal approach, which is fine but regardless of sex, can make it hard to give present yourself with any personality. I've found in a lot of the female front rock bands I've heard, since maybe the 2000s, have just wanted to sound like Amy Lee of Evanescence. I've pretty much just stopped listening to female vocalists for those reasons, but Postures somehow got a girl how not only can sing (extremely well I might add) but also conveys a personality. Already I'm on their side - so you can pretty much see where this review is gonna go from here.

Focusing on the vocalist would be a dumb thing to do though because the instrumentalists backing her certainly don't let her take the spotlight despite her vocals being right up front in the mix. This is a prog-rock band, so there's plenty of showy instrumental passages, which I'm certainly not adversed to. The drums are all over the place, but in the best way possible because they're restrained when the band are either doing more of a straightforward song, Are We Still Breathing? for example, or when the band dive into those more trippy and psychedelic ideas. But just knowing that they could go off and freak out was enough to keep me attentive to what they were doing. I love how the organ tones and bass kind of melded together in a lot of spots as well. It gave the whole track this interesting vibe during those more trippy spots that was quite cool, though it doesn't need to be said (so I'll say it anyway) that they are obviously separate for the majority of the album, doing their own lines. The guitars are nicely clean, but have that retro kind of tone that I thought was pretty cool as well. So, in summary, the instrumentalists are pretty badass on here, but what I thought was pretty cool was how they actually had tracks that were dedicated simply to the instrumentalists (or instrumentals, as they're typically called). For a band that has a such a lovely vocalist, the fact that they were willing to have songs without her shows confidence, and thank goodness these guys know their stuff.

As much as I do love all of this album, I have to be honest and say that Clusters is probably my favorite track on here. The way it just grooves and pretty much lures the listener into thinking it's a straightforward rock song and then transitions almost suddenly into more of a crazy prog-rock jam before it ends is just a gut-punch and I loved it. It's probably the track I return to the most when listening to the album. But it has to be said that the last four songs on the album are some of the best rock songs I've heard all year. From the more up-tempo and rocking Clouded Sight to the traditional prog-rock sound on Undertow and the epic jam-rock track closer, Quakes. They're all songs that stand out on an album full of highlights (which I think says a lot for the band's writing in general). But there really isn't a miss on here.

But the end result is an album with strong performances and songwriting, which is much more than I came into this expecting. It's a real gem that I did not expect when I first got it earlier this year. You can certainly expect to see this album again on here later this year and hopefully you'll make the right move and listen to it.
Overall Score: 9
Highlights: Heavy Tremor, Clusters, Quakes
Posted by maskofgojira at 3:57 PM