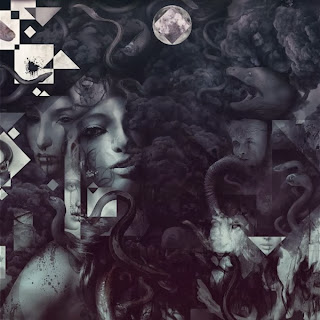 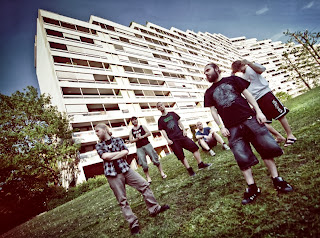 I'm a very big fan of Vildhjarta. Back when djent was still on the rise (before Periphery had released their first record I mean) I discovered all the bands that are now considered to be the most respected to emerge from that scene and Vildhjarta was definitely among them. From their first EP to 2011's full-length Måsstaden they've only improved - here's hoping they continue to on this EP as well.
With eight new songs this immediately grabbed me because the band were obviously delivering something worth hearing and weren't wasting anyone's time. They're giving you a nice, solid amount of new material, packed with six new songs and two instrumental tracks. But the music the band deliver on here definitely has not changed too much despite most of the songs being a bit more compact than even those on their full-length. I remember reading that the band were going to show more of a nu-metal influence on this album instrumentally, which I can't say I hear too much of. A lot of these tracks are in the same sort of vein of those on the full-length, though I would say they're a bit darker or that there's at least less "light" shining through in these songs. There's also some more clean singing on here as well, which shows that the band is actually still interested in utilizing them to a degree, hear Längstmedån and closer Mist Förståndet. I have to admit that I was somewhat skeptical as to whether or not the band were going to keep using them after appearing on only one track on Måsstaden, and while they're not overly used on here, two tracks do feature them so maybe in the future more tracks will contain them as well. But probably the most talked about track on here was released first, Dimman, which is an instrumental containing acoustic guitars (my word... so shocking!). It's new for the band and I've read some question whether it was even worth putting on here. While I don't view it as an essential track compared to several other tracks on here, it once again shows the interest so perhaps the band will introduce them into songs more readily on a future release.
So, overall, I like the songs and experimentation on here even if it isn't quite as strong as the band's full-length. There are some minor gripes on my part (the production can be a bit muddy in some spots and the songs aren't as catchy as I would have liked) but the entire thing is well worth checking out if you're a fan of the band. It's definitely not a release I would overlook anyway.
Overall Score: 7
Highlights: Längstmedån, Dimman Från Lützen
Posted by maskofgojira at 10:47 AM