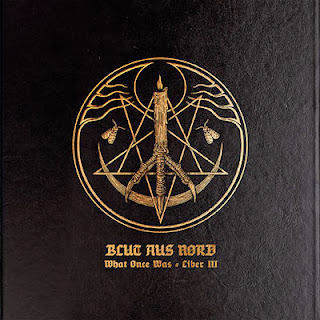 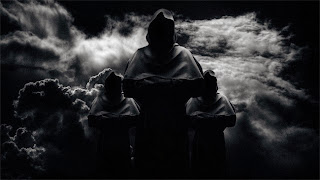 It really isn't a stretch to say that Blut Aus Nord are one of the consist and interesting groups in underground metal (let alone black metal) and each new release is greeted with something approaching a fever. Having recently completed the 777-trilogy, the band have released the next installment in their What Once Was... Liber series. The previous two installments I've enjoyed very much and the promise of the band continuing along a similar path as those two is definitely intriguing.

Since the inception of this series of albums was announced to be more of a return to and an extension of the more extreme side of BAN's sound, I think it's provided some of the project's most under-appreciated recordings. When each one of these releases does first emerge it rightly gets the press going (like myself) but it does seem that over time they fade into the background a bit more. While these releases certainly aren't unlike territory covered in the band's past, they are perhaps not as experimental or grabbing; but in their own way, a retreat to more conventional, and I use that word lightly, style of songwriting that isn't meant to be as forward thinking or revolutionary. Liber I was an embrace of more traditional black metal elements and had the band at their most straightforward in a long time while Liber II was a bit more in line with the more dissonant aspects of the 777 series, this album appears to me to take on more of an atmospheric form. There are certainly aspects of this release that call back to the previous two but this one does feel slightly more droning in its structure, whether it happens to be from more droning guitar parts (but let it be known that this most certainly is not a doom metal based album at all) or a greater use of synth or just being a bit more paced, the overarching vibe I got from it was a more atmospheric listen. If anything I would attribute is to a greater use of space. While the band has worked in the world of dark ambient music before on numerous occasions, it's use on this record definitely added a greater sense of pacing in my opinion.

Perhaps I'm not the best person equipped for reviewing this release because I'm bound to enjoy and like most everything that this band puts out. While I think that I preferred the last release from this series a bit more than this one, this one is definitely worth your time if you're a fan of the band. It's plenty interesting and listening to this band experiment with new ideas can often be as enthralling as hearing your favorite band's best record on repeat.
Overall Score: 7.5
Highlights: III, V
Posted by maskofgojira at 8:43 AM