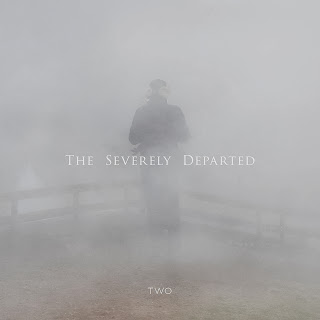 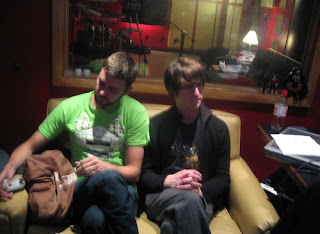 Compared to last year, I really haven't covered anywhere near as much post-rock (among albums in general) so I was actually somewhat taken aback when I was sent a post-rock record. There just hasn't been as stellar amount of releases from the genre this year that have made me take notice. Having never even heard of this project before I wanted to give it a shot and see if what they were doing would make the cut.

I'm not going to beat around the bush here, post-rock is a genre that you can more or less rely on to do its thing. Stylistically, if a band doesn't have vocals, they more or less sound pretty similar to one another; and it really isn't any different here. The clean guitars, moody atmospheres, big climaxes, no vocals - it's all there as one probably expects coming into this. I don't mean that to slag off the band but these are the facts. These are all ideas both you and I have heard from the genre before and this isn't a band who seem all that bent on trying to break the rules and stand out. Having said that, to say that this is a completely unoriginal and faceless record would be taking things a bit far in my opinion. These two guys definitely do have a sense of what they're doing and while they aren't making huge strides out of the genre in question, they are definitely bringing in some things that I thought were pretty interesting. On the first song alone, Beneath The Years, there were certain things that, while they really don't change the picture of the song as a whole, made sure that it stuck out and caught my attention. The use of a piano melody throughout the track got me from the get-go but it was the somewhat industrial (ok, maybe I should just say synth led) outro and the energetic drum solo near the middle of the track that really showed me that these two guys were doing something a bit more than the average group or bedroom project.

The drums in particular on this record really grabbed me. While I would in no way say this is a metal group, there are some moments on this record where it comes across as at least drawing from the genre. In tracks like Into The Open and Relapse we see what appears to be elements of hard rock (or at least melodic rock) in the ladder and black metal in the former, so it is a pretty eclectic take on the genre. But like all good bands that I've heard, there's a distinction between soft tracks building to an epic climax and soft songs that maintain that side while perhaps exploring that softer territory further. The likes of A Parting Glance certainly has it's hard rocking climax but it's definitely the most ambient piece on here. Take note that these aren't huge deviations but more slight ones that do a bit more than what is required of the average band. If I had a gripe, beyond just the standard stylistic ones I voiced above, it would just be that some of the transitions on here are performed somewhat sloppily. The closer in particular is probably the "heaviest", and I am using that term lightly, track on here and there are shifts in it from one riff or idea to the next that I think really could have been handled better. You can hear it in the execution where it flubs up and it did seriously hurt how I felt towards that song.

All together this is a nice, little album that I think was a bit of a surprise to me seeing how I didn't expect it to drift too far from the typical ideas in the genre. There are for sure some improvements that can be made to make the next release a better one, but this is a decent full-length. If you're a fan of post-rock music or happen to like soft rock with a bit more of an edge this is a record worth taking the time to look into.
Overall Score: 7
Highlights: Moving On, A Parting Glance
Posted by maskofgojira at 11:36 AM