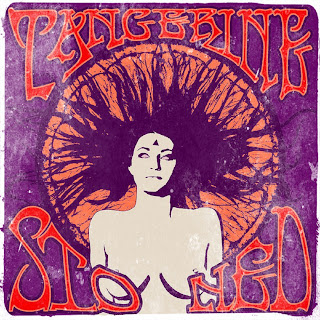 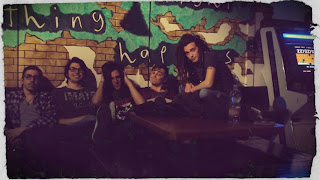 Good psychedelic rock can be a real blast to listen to, unfortunately that's hard to come by. Progressive and psychedelic rock, I find to be, enjoyable regardless, but when it's done well it really is something of a marvel. For some reason I was sent this record and was surprised to find it was indeed a fun listen.
For all the praise that is heaped upon a group like The Doors, I've never been the biggest fan, not that I dislike them, but they're not my favorite group, and pretty much as soon as I started listening to this record that was the band that popped into my head. I asked a few people who were more into The Doors what they thought of this band, they all said I was crazy to think that and just wound up telling me that this group didn't really sound a whole lot like The Doors - so, shows what I know in that regard. But the reason I even thought of that comparison in the first place was the hazy sound that the record sounds like it was recorded in. This genuinely has that retro sounding production (perhaps it's a bit cleaner) but these guys definitely were striving for that sort of 60s and early 70s vibe and tone for this record, and if nothing else, they succeeded.
Musically, this is pretty much what you can expect after seeing the cover art and reading that it's a psyche rock record. The guitar parts stick to the blues for the better part of the album, occasional delving into some more folky territory as well, hear the closing jam L'urlo Della Strega. The rhythm section are dynamic and full of life, with both the bass and drums coming across more realistic and life-like than almost any other record I've heard this year. It really sounds like these two were just so in tune with each other that they just crafted some serious grooves the back up these songs. Then there's the whole mellotron, organ, and synth on the album - of which I have no problems. I love the sound of a good mellotron and organ and they're used throughout this record, recalling a bit more of a Deep Purple-ish vibe at certain times. The vocals were what got me on the whole The Doors tangent above as the vocalist in this band has that same sort of swagger to his voice and I could just imagine him dancing while the rest of the band are jamming away, hear Blues In Door for some solid harmonica playing from him as well. There's just this air of confidence and swagger on here that I think puts this band above many of their peers because it feels less like a band trying to be retro and more like a band who are retro. There is no trying.
Now, there's no denying that the album closer, the aforementioned L'urlo Della Strega, is obviously going to be the track on here that is likely to draw the most attention simply because of its length. While the majority of tracks on here that preceded it tended to be around the four minute mark, this one clocks in at over eleven. Obviously, at this blog, a piece like this one is not unwelcome, but aside from just being longer than the other tracks, it is also quite different sonically as well. As I mentioned above, the guitar playing does take on a slightly more folky tone on this track that isn't really heard on previous ones. This is the track that also comes across the most as more of a jam than an actual song. You don't get those hooky blues licks, powerful rhythms, or rocking organ tones, or even vocals for the majority of the track (though they are there), but more of a psychedelic jam. Each player sort of bouncing off of each other with various other instruments coming in and out throughout the piece as well.
I wound up enjoying this more than I thought I would when I first got it, though I'm still not sure why this was sent to me in the first place, I'm glad I got the opportunity to hear it. This is psyche rock that's definitely calling back the retro sound without sounding too fake or contrived, as many other groups do. So if you're interested in psychedelia and blues rock I'd definitely tell you to try and find a copy of this album.
Overall Score: 8
Highlights: Nave Da Bar, L'urlo Della Strega
Posted by maskofgojira at 8:30 AM