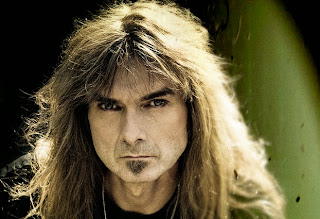 Arjen Anthony Lucassen is probably one of the most under-appreciated and yet consistently reliable performers in the world of progressive music. Through projects like Star One (on the metal end), Guilt Machine (on the soft rock end), and several other projects he's established himself as a man of great diversity but it's been his work in Ayreon that's really made him a force to be reckoned with. After apparently ending the project back in 2008 with the compilation Timeline it was only suspected that the project might return one day, luckily for us all that day turned out to be a lot sooner than later.

There was a lot of expectation from me and thousands of others when this was first announced. Ayreon is a project that really hit a high mark during its last couple of releases. Speaking for myself I wasn't overly excited when I first saw the cast he had assembled for this album, I wasn't a huge fan of a majority of the vocalists involved, at least not in their regular bands, though I should have known better. No matter what preconceived notions I may have about someone, when they appear on an Ayreon record they almost always come out sounding their best. Arjen is a guy who, for whatever reason, is able to draw out the best from his vocalists (among other collaborators) and this is no exception. I was a fan of Lacuna Coil when I was younger but lost interested more or less mid-way through high-school (when I arguably lost all taste as some might argue), but on here I barely even recognized her. Her typical tics and vocal go-to's aren't as in-your-face and as a result she comes across as a better vocalist for it. The same can be said of both Marco Hietala and Janne "JB" Christoffersson as well. The last vocalist I'll mention is Tommy Karevik, who I am a fan of, who I think delivers his best performance since his last release with Seventh Wonder and should hopefully remind people that he is more than just the replacement for Khan in Kamelot.

In regards to the sound of this album, it certainly is a lot more "proggy" than the last two at least in terms of how it's laid out. With the structure of the record being essentially four long tracks split into many shorter pieces, it recalls the method of groups like Soft Machine (for example) back in the day. These pieces also are not as reliant on traditional song structures themselves. Most don't feature any sort of chorus to grab the listener and thus may make this album a bit less accessible than some previous records have been, although to be fair, there are melodies that reoccur throughout. It also may not help that this album is also more instrumentally focused than before. Vocals don't feel quite so dominant and in your face. Like always, this record does stand alone among the discography of the rest of the project's work. It's not as heavy as Flight of The Migrator or as soft as The Dream Sequencer, it isn't as dark as 01011001, and perhaps unfairly, it isn't the masterpiece that is The Human Equation - to name a handful of records, but stands alone as perhaps the project's most progressive. But you can expect all the trademark sounds to appear on here as on those.

Arjen has a way of writing parts that is unlike anyone else, which is a good thing because it does forever put a stamp on whatever he's a part of. Whether it's guitar riffs, acoustic sections, synth lines, or vocal melodies, you can always tell that it came, originally, from him. Some may see this as a bad thing because you can always anticipate what you're going to hear from one of Arjen's projects, but if you're a fan of his work I would think it would be a positive. In addition, Arjen is one of the few reliable musicians in the world of progressive metal and rock who can write compelling and memorable folk melodies. I'll give credit to him to having a great sense of who to play on his records because the way he is able to utilize violins, cellos, flutes, etc. and weave them in and out with the heavier parts is nothing short of brilliant.

Yes, it's not going to go down as the project's masterwork, but it's definitely a great album that is a must for any and all fans of progressive music. Any and everything this man has been involved with appears to come out gold. Even if you're not particularly a fan of any of the singers involved, don't judge and give it a shot because this is most definitely a great album.
Overall Score: 8.5
Highlights: Singularity, Unification
Posted by maskofgojira at 8:26 AM