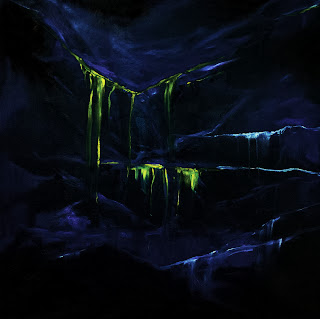 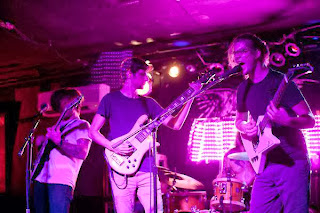 I first discovered the band Astronoid last year with their debut EP and really fell in love with their aesthetic. They were using a style that was becoming more and more dull and uninteresting with every new band that jumped onto it's bandwagon and did something I didn't expect. So when I first heard of the new EP they were working on several months back, I was very interested to hear what they were going to do.
What I loved about the November EP from this group was that it didn't conform to the standard of what's become "post-black metal." While there was plenty of reverb on it, never once did the band fall into the realms of post-rock, shoegaze, or post-punk stylings like other bands associated with that term. Instead they took a much more intense and straightforward sound that one would associate with typical black metal bands, though at times there are nods to the likes of Krallice or Liturgy tonally, with brighter chords and synths dominating their sound over darker and more dissonant ones. Then there was the whole thing about using only clean vocals. All of this has been transferred from that release onto this new one as well. If that was it I'd still be a happy camper because I like what the band is doing but they've broadened their scope by adding a slightly more progressive edge to the two new songs on here (and two interludes). Probably the most notable shift for me on here was that the band actually started using riffs and weren't just sticking with the tremolo picked style, just listen to a track like Lightspeed. Not only do I think this shows that more thought was put into songwriting and making songs memorable, but I think that the band took an active part in making their sound more unique. They're making songs that are accessible but it doesn't sound compromised.
Honestly, I would have liked more actual songs as opposed to two new tracks and two interludes, but for what this is I really enjoyed it. I think the band expanding their sound only made me like them more and now I'm quite anxious to hear what they do for an entire full-length. If you're a fan of interesting black metal bands, maybe more on the progressive side, definitely check this band out - you will not regret it.
Overall Score: 7.5
Highlights: The Stargazer, Lightspeed
Posted by maskofgojira at 4:54 PM