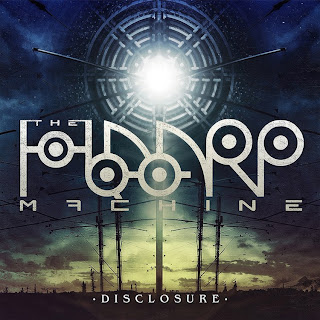 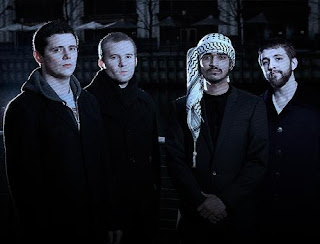 I first found out about The HAARP Machine something like three years ago through a friend of mine (the same one who introduced me to Periphery) back when these guys only a one track up on their Myspace page. Obviously, a lot has happened since then, writing more songs, getting signed, losing some members, gaining some new ones, the usual. But now their first album has come out with quite a bit of hype behind it.
I think the first song they posted was The Escapist Notion and to be honest, while I thought the musicianship was really great, the vocals were just sort of average and didn't really do anything for me at the time. I remember reading things here and there saying about how far the album had progressed, how they had gotten signed to Sumerian, and all the typical press stuff leading up to an album's release but it wasn't til I heard that Michael Semesky had joined the band and they released Pleiadian Keys that I really became interested in the album. That track was very different from what I remembered the band being because it was far more melodic and atmospheric and exuded this personality that I don't think I could compare to another group. Thanks to guitarist Al Mu’min's use of sitar and koto all over this record, and a special use of koto at the end of Lower The Populace in particular, as well as additional hand percussion from Alex Rüdinger, the band have a very Arabian vibe going on that definitely stands out from what other bands are doing, let alone other bands on their label.
With that being said, this is not a perfect album. Personally, I found the first two songs to be the weakest on the entire album, but for completely different reasons. I felt like opener Esoteric Agenda was great but I couldn't help but feel like the song was cut short and could have gone on for another few minutes, Lower The Populace on the other hand felt like it just a bunch of ideas thrown together and it didn't really lead anywhere, they were enjoyable ideas, but only ideas. The remaining six tracks do pick up the pace though, showing the band including more melody and groove into their songs while maintain the same high-energy use of technicality. Which leads me to my next point, despite how technical a lot of the guitar parts on here are, Mu'min never appears to jump off into sheer wankery, which is something that plagues many bands attempting similar styles. Several of the more frenetic riffs he plays throughout the album actually wind up being some of the most creative riffs I've heard all year. Personally, there are a lot of great moments throughout the album, but possibly one of my favorite parts on the entire album came at the end of From Vanity to Utility where the band introduced a piano section before closing the track out with one of the more melody driven guitar lines on the entire album (which actually reminded me quite a bit of Dream Theater). While that part is very isolated, I would have loved to have heard the band do more with ideas like that on here, as well as expand on many of the ethnic ideas they use to introduce and close tracks. With the exception of the closer, Machine Over, the majority of tracks on here are very concise and compact, fitting ideas into quick three or four minute bursts.
Despite not knowing exactly how this album was going to turn out, I was really quite enchanted with this end product. The album is quite short (just under thirty-four minutes) and I really wish there was more material, or longer songs, on here. Regardless, this is a very promising start for this young band and I look forward to hear what they do in the future.
Overall Score: 8.5
Highlights: Pleiadian Keys, Disclosure, Extension to One
Posted by maskofgojira at 11:30 AM