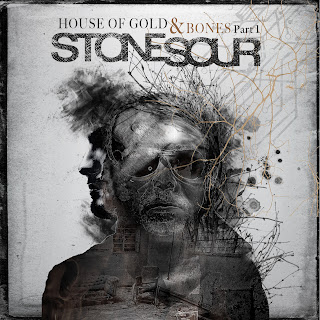 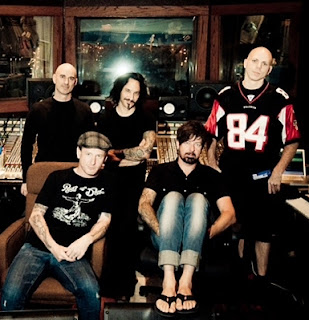 To me, Stone Sour is just one of those bands that I'll listen to every once in awhile when I want to hear something catchy and, to me, poppy. Over the years, I had sort of grown bored with Slipknot and had moved on to other, far more experimental and extreme forms of music, but I still maintained an interest in Stone Sour because they wrote solid songs. As always, Stone Sour write eclectic albums so it's hard to assume what it'll sound like but the only thing I wanted when I came into this was that it needed to be better than 2010's Audio Secrecy.
When I listen to Stone Sour, I don't come in expecting something profound or extremely interesting, but I return to them because they know how to write songs that are pretty varied stylistically while containing them to pretty short lengths. They're pop songs, essentially. Now, speaking as someone who has listened to quite a bit of mainstream alternative rock in my time (this was back before I was into a vast majority of what I listen to now) I've thought, and continue to think, that the band's 2006 album Come What (Ever) May is one of the best mainstream rock albums I've ever heard. That album came with a lot of passionate lyrics and vocals and a wide range of musical styles from semi-thrash to alternative rock and power ballads, but it worked as a cohesive album. But as I said above, aside from a few choice songs, I did feel like Audio Secrecy was a disappointment. It was overly produced and felt like the band were spreading themselves a bit too thin, trying to cover too many bases at once and wound up doing very few of them justice. It didn't have any of the power or darkness from the debut or the songwriting chops of Come What (Ever) May and felt more like a straight-up pop rock album in more cases than I would like. Whether the band had learned anything from their experiences with that album, this album is a return to the heavier side of their sound and focuses less on polish and perfection.
As someone who comes to Stone Sour simply for songs that are dark, big, and catchy, I couldn't help but feel a bit disappointed by this album. In terms of the songwriting, this is leagues above what was showcased on their last full-length, and the sound is closer to what they had on their self-titled album than either previous album was, but it just doesn't quite accomplish what I wanted to hear. Though there are multiple tracks from the self-titled album that I return to from time to time, I don't really come to Stone Sour for their metal side, which happens to dominate the majority of this album. I do like the heaviness presented, but the hooks just don't reach out and grab me either like those early songs or like their more pop influenced tracks. Songs like Absolute Zero and Last of The Real are certainly well written songs but they just didn't stick with me like I would have liked them to. Though I certainly have to give it to the band for at least trying to craft an album that is heavier and darker than I'd say 90% of their peers are doing. David Bottrill production on here is stellar, with every instrument coming across as clear and powerful, the guitar tone is worthy of note for being so chunky and thick sounding for a record as mainstream as this one is. Corey Taylor's vocals also come across as sounding as impassioned as ever, with his screaming and growling on RU486 coming across like he's spitting it in your face. So, if nothing else, the production job on here is really well done.
It will be interesting to see what the second part of this album will demonstrate, but for this album, it is just sort of there for me. Sometimes I just need to listen to something where the hook is the most powerful part of a song and doesn't require a whole lot of effort to enjoy, and that's sort of what this record is for me. It's solid and if you aren't that into the more experimental or underground side of metal than this is certainly worth checking out.
Overall Score: 7
Highlights: Tired, Taciturn, Influence of A Drowsy God
Posted by maskofgojira at 10:17 AM