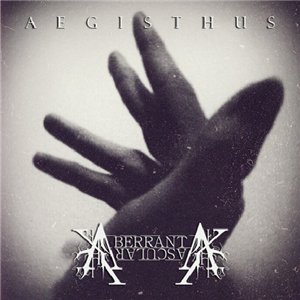 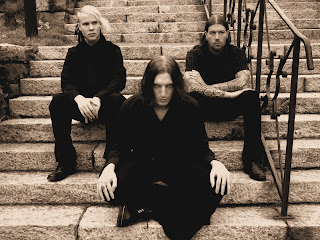 I've been following Aberrant Vascular for years now and it's great to finally see they have a full-length out. For years I've been waiting for a new release from the band after being very impressed with their three previous demos. I wasn't even aware they were working on a full-length but when I saw this I was beyond excited to listen to it.
Now I'm sure there will be a few people who look at the above genre "symphonic metal" and wonder what in the world I'm covering this for - because I cover almost nothing from that genre for good reason, but don't judge this band before you listen. If bands like Kamelot, Rhapsody (of Fire), Cradle of Filth, Dimmu Borgir, or groups of that ilk come to your mind when you think about the genre, put them out of your mind because this band is far more interesting and enjoyable (at least in my opinion anyway). These guys take many more cues from the likes of Arcturus than any of the bands above, coming across like a not so distant cousin to Vulture Industries. Like that band, the sound of this band lies somewhere between the the operatic extravagance of La Masquerade Infernale and the spacey ambiance of The Sham Mirrors but obviously with their own turn. Frankly, I love any band that channels those sorts of ideas into their own because extremity mixed with oddity is probably the thing all of my favorite groups have, and it's why I first latched on to this group several years back. I love eccentricity and weirdness and vocalists who exhibit these traits while not coming off as pretentious or just plain tuneless, always get me - whether that's good or bad, you decide, but it's a trait that has lead me to more great and interesting bands than I could have ever imagined - once again, including this one.
Sonically, while I did give a basic description above, I know that that will more than likely still leave many people still scratching their heads in bewilderment over what this album actually entails for them. If you can count yourself among that group, listening to this will bring you a mixture of orchestral arrangements, trip-hop-esque beats, industrial synth ideas, operatic vocal acrobatics, and simplistic metal riffing. Honestly, this isn't an album that's dominated by the guitars and has more emphasis placed on the vocals and arrangements, so in that sense it is comparable to a lot of symphonic metal. It's a trait that may turn off some people, but if you can get over that aspect, you should be good. I also do think that the occasional growled vocal on here could have been mixed better because they do seem to overwhelm the mix when they're performed, and I can't say that that did the album any favors. The growls themselves aren't bad, but they could have been mixed down a little bit more. But probably the element that will annoy the most people who listen to this will be the presence of chanting sections in several of the songs (and I mean Gregorian influence chanting sections by the way). A track like Truten for example, is primarily synth and vocal driven, and that may not exactly sit with people who like what they hear in the first three tracks. Personally, I always thought that they were always really interesting and brought a sense of character to the band that I wouldn't find in other bands. The true highlight of the album is obviously the twelve minute closer Le Temps Donne Naissance À Tout which not only features some of the best guitar work on the entire album but some of the best orchestrations and synth work as well. It's really the track that shows what the band can do and is hopefully a direction they continue in the future.
I thought this was a great piece of work that really shows a lot of range from a band who I haven't gotten the exposure they deserve. I hope that many people go out and check these guys out because this is an album that should be heard. Definitely, if you dig experimental metal, orchestral arrangements, or atmospheric based rock and metal, check this out, you will not be disappointed.
Overall Score: 9
Highlights: Verum Pro Totus, Le Temps Donne Naissance À Tout
Posted by maskofgojira at 5:04 PM