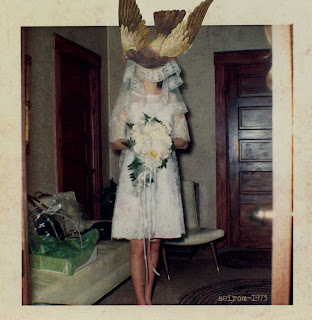 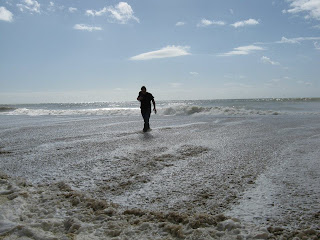 Last year when I first heard about this new project from Mories called Seirom, I was actually really surprised. For a guy who pumps out as much hate and filth as Mories, Seirom was surprisingly beautiful - last year's Seiromistkrieg EP wound up in my top 10 EPs of the year. Originally I had heard that an album from this project was going to be released on Handmade Birds records but is now released by Aurora Borealis, not that that makes a huge difference, I'm glad to have a full-length regardless.
I have to say that I've been surprised by something on this double-album at some point during every single listen I've had with it. Despite Seiromistkrieg demonstrating some great post-black metal, that is not what you'll find on the vast majority of this album. Don't get me wrong, there are a couple of tracks that call back to that sound, but there's also just as much that calls upon that distorted ambiance that the later Forest EP showcased. Now, I never really thought that the distorted ambiance was all that special, it wasn't bad, but it certainly wasn't a side that I needed an entire album full of tracks to show me how Mories could work with it. It's well done and it's certainly a sound that I wouldn't mistake for anyone else, but after two or three tracks I just found my attention drifting elsewhere. I will say that despite my somewhat lack of interest in these more ambient tracks, they always had a sound that was very beautiful and calming despite being covered in copious amounts of distortion and noise. I found this project at its most enjoyable when the music had more of that aggressive post-rock sort of performance, with the buzzing guitars and pounding drums that just drove the song forward. The bass on these songs is also quite worthy of note as well because of how thick and loud it is in the mix. The song that manages to accomplish not only use these traits but actually expand on them is easily Never Want to Feel That Way Again, which perfectly melds that buzzing noise and distortion with a driving post-rock melody that just gets better as it progresses. At this point I'm sure you think that these two styles would be enough for a double-album, right, well guess what, there's something else on here as well.
This was probably the section that surprised me the most, but there's this weird darkwave kind of vibe on a bunch of tracks on here. Now, I've never had a problem with darkwave, I actually like the style, but I didn't think that Mories would ever experiment with that style in the context that he is on here. Whenever I hear one of these more darkwave-esque tracks, it sort of sounds like a continuation or an evolution of where Mories' It Only Gets Worse project would have wound up. I say that because those tracks have synth parts that call back to the sort of witch house ones used in that collaboration and the female vocals that are used on top of it only drive that sound home. It's quite odd for the synths to be so up-front and in your face considering how abrasive and brutal a project like Aderlating is with its synth choices. This on the other hand is quite beautiful and pretty sounding. It's a very obvious change of pace from the assault of the aural senses that Mories has become known for and instead takes to calming the listener with this album. With that being said, I do feel that this album is too long, being just over an hour and a half, it can prove to be a rather exhausting album to sit through from start to finish. It's a little too schizophrenic for its own good and changes style so much that it does feel a tad unfocused.
It's a decent release that shows a lot of promise but for now still seems too uncertain of itself and where it exactly wants to go. Like I said above, I tended to prefer the more post-rock styled tracks, but the ambient and darkwave ones are by no means bad. I do recommend this to all fans of Mories' other work as well as fans of more experimental forms of ambient and post-rock.
Overall Score: 8
Highlights: 1973, November, Never Want to Feel That Way Again, For Black Hearts
Posted by maskofgojira at 5:38 AM