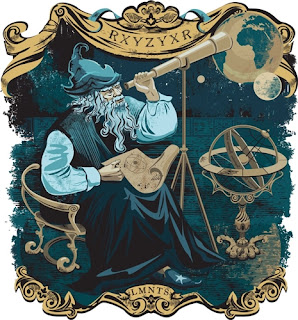 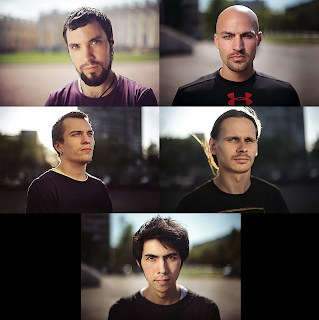 With what is possibly one of the most ridiculous band names I have ever seen, I entered into this group with caution. I've been aware of the existence of these guys for a few years now because they released an instrumental EP back in 2010 and have sort of kept them on the periphery since then. Now they have a full-length after gaining a vocalist in the last year, so I decided to see if any progress was made.
I honestly wasn't expecting this album, I just so happened to stumble upon it and remembered the band, but my interest in seeing what the band would do on here drew me in. I remember when they posted the video for the first song they had vocals on and I was mildly impressed at that point because, even though the music was all well and good, and the vocals were well done, the thing that was off-putting at that point was how the two didn't really sound mixed together all that well. So when I pressed play for the first time on here, my biggest question was if the mix of the two would be accomplished on here. I'm happy to say that the two are certainly blended together and fit as a single piece. Unfortunately, with that kind of bringing my hopes up, they soon gave way to disappointment again. Maybe it was that vocal mix problem had prevented me from really noticing it when I first watched that video they posted, or maybe I just didn't care at the time, but this is not a diverse album. Musically, it's hard for me to even say I was impressed by this.
This is essentially the stereotypical djent sounding record. It's pretty much a band taking as many cues from Meshuggah and some of the other groups in the sub-genre as possible without really adding anything original to them. A great majority of this album is low-end, 8-string grooves and chugging. Yes, there are some more melodic sections used here and there, and there are some more tech metal ideas used as well, and even some cleaner, jazzy sections but it's not like those brought anything to the table that I haven't heard done better before by someone else. It sort of just sounds like they took Meshuggah and decided to throw in some Animals As Leaders inspired parts just to spice their grooves up. Do they succeed? In a way, I'll say yes because those cleaner moments are certainly well done, but when none of the grooves are particularly memorable or all that interesting, it's hard to say that a part that's well done doesn't make things at least partially more interesting. I felt that pretty much the entire first half of this album was bland, uninteresting, and featured some really boring songwriting. It wasn't until track seven, Polar Knights, that I felt even remotely engaged by what the band were doing; and I shouldn't have to say that that's a big problem.
I do have to give it to the vocalist though because despite being given some pretty uninspiring material, he at least tries to do something with it. The reason I didn't check out this group's first EP was because it was instrumental, and even at that point I realized that a band who are basically just trying to rip-off Meshuggah are quite dull. Why would I want to listen to a lesser instrumental version of Meshuggah when I have the real thing I already regularly enjoy? I was really curious to hear if the band would have moved on and tried to do anything that sounded even remotely unique on here, and the answer to that is, not really. There are those very small glimpses of originality that shine through, especially through the vocals (because this guy is clearly very talented, though maybe still a bit polarizing due to his clean voice), but there was nowhere near enough to maintain any interest. Tracks like Locked Inside and The Things show real promise and are actually pretty solidly written songs, but when your best and most interesting sounding tracks come up in the last third of your album, you do have a problem.
Personally, I was left quite disappointed by this album. There are several problems that plague this album, but based on a few select tracks on here I do have hope that this band can evolve into something interesting in the future. If you dig djent, check this out, but otherwise I doubt you'll get very much from this.
Overall Score: 6.5
Highlights: Denial of Death, Locked Inside, Nonzero
Posted by maskofgojira at 6:24 PM