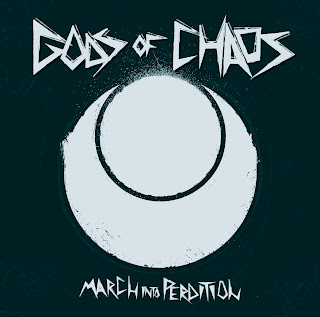 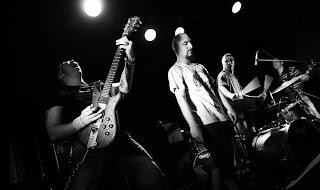 As much as well known and respected death metal bands are great, I've found that newer, underground groups are actually the ones that impress me the most. I was sent this album several months back and in between school, work, and other stuff, I haven't really had a whole lot of time to go back and check on stuff I agreed to cover. I happened to stumble on this a little while back and it just hit me that I needed to listen to this.
There's something exhilarating about listening to a band do something interesting with grindcore. The genre is inherently exciting and probably one of the most fun genres of music I listen to, it's fast, aggressive, and the songs are short - it's like punk but with more distortion. It's even more of a thrill when the band in question decides to take a specific route with it, whether it happens to be the more experimental one or the rawer one, or another one I'm not currently aware of, both have their perks. When it comes to this band in particular you have a bit of both. With the likes of Colin Marston on the production job for this album, the album has a great raw and noisy sound to it, which really crystallizes that energy that courses through this band's veins. The production only adds to that by giving the whole thing this very chaotic and natural vibe where it literally sounds like every member was just playing the songs together in a room (with vocals and effects added later of course). What is also great about this record is that even though it is based in the sounds of grindcore and old-school death metal, there are those experimental flashes that I talked about above that make the record stand out. There are touches of Krallice-esque black metal tremolo picked guitars, some nice Disfear (or other crust band) styled d-beats, and more than a few bursts of noise and feedback throughout. There are times when the band sound more like a slightly more metallic version of Converge than anything close to the likes of Cannibal Corpse or Napalm Death. The band isn't all that heavy or even all that distorted, when taken into account how distorted some metal bands can be, and tends to sound more like an extremely spastic noise rock or hardcore band most of the time.
It's a strong debut from a band with a lot of potential and room to grow and expand in the future. There's a lot to like about this record and the band manage to accomplish quite a lot in just over thirty minutes. If you like extreme metal or even noise rock, I highly suggest you look into this record as soon as you can.
Overall Score: 8.5
Highlights: Nuclear Phantom Warhowl, Dealers of Nadir, Grinning With An Errection At The Gallows
Posted by maskofgojira at 12:21 PM