I remember hearing some pretty solid things about Theologian back in 2010 from various sources but never wound up checking the project out simply due to laziness on my part. But with two pretty big releases coming out this year, I consider myself lucky enough to get the chance to get acquainted with both of them. Both reviewed from 1-10. 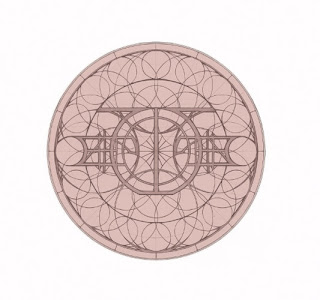 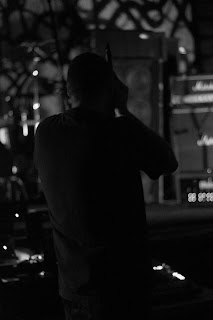 Starting off is the project's long awaited debut for Handmade Birds who've been pumping out press for this months in advance. Coming from someone who wasn't aware of what the project was really doing, on a musical level, I was quite intrigued by the various posts about the album. Now, after months of build-up, it's time to see how the end product turned out.
And then it began. A low drone, an industrial rumble, some echoing noise, and a pulsating beat introduce you into the world that this album opens. It's a slow and tortured opening that is certainly not for those who like a record to immediately grab them. The four tracks that comprise this album are slow, little buggers that don't so much build as they evolve from one minute to the next, with the mixing of every sound proving to be just as important as the sound itself. But like the title for the album itself, in each of these tracks, there is an overarching melancholy that at times sounds almost hopeful and uplifting while at others it's simply heartbreaking. It's emotive without really relying on the typical tips and tricks that many other artists tend to fall back on quite readily. It's in the subtlety and restraint that these more "emotive" elements come out, through somber synths and mechanical drones, interweaving into something unlike that of any other artist out there. At times I did find some parts to be a bit too hermetically sealed and not rough enough around the edges for my own liking - in the sense that some parts felt like they were trying to touch a certain spot in the listen on purpose, and I don't like to feel like I'm being coerced into feeling some way by a record, but that I should get there from a connection with it naturally. I would have liked the emotions to come across as a bit less forced in the title-track, which was essentially the basis for my one problem. Aside from that, this is an album that will definitely appeal to all fans of experimental drone music out there.
Overall Score: 8
Highlights: All I See Is You, In The Moral Leper Colony 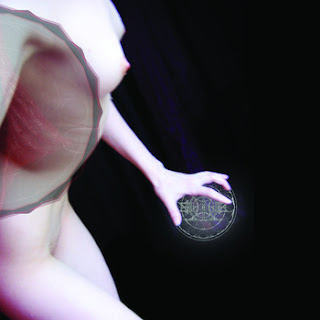 However, unlike the album above, this album makes no attempt to try and play to your emotions. This album is full-on melancholic rage from start to finish. Despite all the noise that is used on a single track of this album, the real power comes through the lush, atmospheric synth lines that make up the background of most of these songs. Noise always gives way to the droning ambiance that is sure to engulf the listener just before ending and repeating itself in the next track. In this way, one could assume that the structure to an album like this (if you wanted to call it that) is rather dull and uninteresting, but it's the presentation of each track that makes it worthwhile. It's the way a track like Starvation Is A Legitimate Weapon of War can essentially be viewed as purely dark ambient piece for the majority of its running time meanwhile We Can't All Be Victims foregoes most ambient ideas through the use of industrial tribal percussion that carries the track from its introduction to its conclusion. The entire thing is delivered in this very controlled state that restrains emotion to and instead puts itself out there as a mechanical beast in most instances (or at least that was how my experience with the album was). At its most powerful and striking, as on closer Every Road Leads to Abandonment, the project demonstrates pure mechanical destruction and precision in its performance. The beats hit like nuclear war heads when you first hear them.
This is a strangely levelheaded album that conveys a lot of sonic ideas while keeping tone and emotion at relatively the same level in the background. Honestly, I don't think I would call this an overly exciting album, but it is certainly an interesting one. There is no hope here, there is no life, only suffering exists, and it's name is Theologian.
Overall Score: 8
Highlights: My Body Is Made of Ash... I Live As Ash, Bed of Maggots, Every Road Leads to Abandonment
Posted by maskofgojira at 9:32 AM