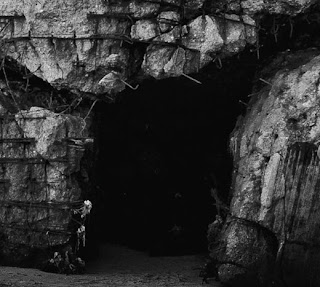 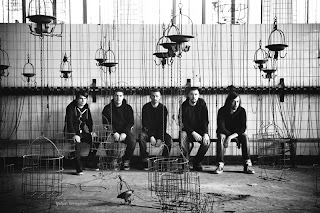 I really wish I remembered where I first heard of Amenra because it's been bugging me ever since I first listened to this record. It's had to be something like two or so years back because I know it's been a while. I like to try and remember where I hear things so as to properly credit a source, but this one is really making me cross.
Amenra, to me, has always been to sludge what Converge have been to hardcore. Both bands have that same visceral quality to their music where it never feels polished but is very poignant and direct. Of course, Amenra certainly have their feet well within the post-metal and hardcore realms as well, as we've seen on their trilogy of splits from last year, so their songs are considerably longer and take a few more detours from the path than other bands, but emotion always comes through. The passion has never come across to me as being contrived or phony. That, in turn, has allowed many of their songs to work even during the more plodding sections, listen to the last few minutes of opener Dearborn and Buried. You can't make a section that is that plodding and minimal without earning it and doing something with it, and they're certainly are aware of that because even within the realms of distortion, there's subtlety in their playing.
The four songs that make up this record all follow a rather similar formula of starting off quietly and building up to a heavy section before quieting down again and so on. Now, that is by no means an original formula anymore, there are dozens of bands that come out every year who do that, but once again, it isn't so much about the formula itself, but how the band use it. A track like Boden is actually quite standard fair for the genre itself, but comes across as exciting and tension building from its beginning all the way to its conclusion because the band have yet to remove that edge from their sound. It's that grit and passion that I've always enjoyed from them. I would find it strange if the band suddenly put out an album that was clean and polished and featured big ambient sections that break up the heavier ones. The band have essentially crafted their sound around being as natural sounding as possible, to the extent that these tracks could very well have been performed live during the recording of the album. The band also shows some signs of growth as well, with closer Nowena I 9.10 really coming across as a sort of Neurosis-esque kind of track. It has that sort of stark and minimal kind of atmosphere that definitely made me think of the most recent Neurosis record, not to mention Scott Kelly is on the track as well. It's not a bad thing though, because the band are still doing it their own way but that influence just really hit me during that track specifically.
I didn't expect anything bad coming into this but I was surprised with how consist it wound up being. When it comes to modern sludge and post-metal, these guys still reign supreme in their craft. Definitely check this out if you're a fan of all things slow and morose.
Overall Score: 8.5
Highlights: Boden, A Mon Ame
Posted by maskofgojira at 4:40 AM