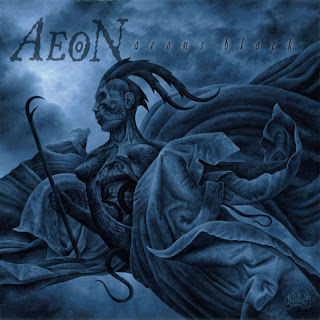 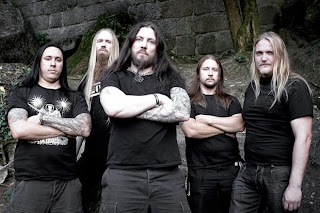 I think Aeon are a great band. In the pantheon of modern death metal groups, Aeon are one of the best groups to emerge from the late 90s/early 00s. They were probably one of the first death metal groups that had a big impact on my listening habits as well, so I do rank them very high in my death metal lists.
I still remember listening to Rise to Dominate back when it first came out for the very first time and just being blown away by how good it was. Even though the band were categorized as being a technical group, to me they always struck me as being more focused on songwriting than demonstrating how proficient they were on their instruments. Pretty much every song on that album is a great example of how modern death metal should be done and was easily one of the finest examples of the genre that year - 2007. I then went back and listened to Bleeding The False, which was a very solid debut and it was easy to see the evolution from that album to Rise to Dominate. Unfortunately, Path of Fire which was released back in 2010 did not live up to those albums. After several listens very little actually wound up sticking with me. Though it is certainly a solid album, it had none of the staying power of either of its predecessors. So I was a little nervous coming into this album because I really wanted it to be another winner. Whenever I had a friend in high school ask me about death metal, pretty much every time I would pull up a song from Aeon's first two albums and I wanted to include this album. So, I pressed the play button for the first time and prepared myself.
And it turned out to be another winner. Song after song, this is another stellar piece of death metal that shows all these newer groups how the genre is meant to be played. Maybe it's blasphemy doesn't need to be repeated lyrically, but sonically and vocally, this is the sort of stuff that I will always go back to the genre for. I have, and continue to view Tommy Dahlström as one of the finest vocalists in the death metal genre. His delivery is powerful and very intimidating, filled with force and malice, and emotion is something very, very few vocalists who growl/scream/etc. manage to convey. That's not to undermine the rest of the band, because drummer Arttu Malkki is already known as an absolute force behind the kit, and this album does nothing but reinforced that statement. Then the three axe-men pound away with riffs that are not only catchy but more brutal than almost anyone in the "brutal death metal" subgenre. Let them know songs like Still They Pray and Sacrificed are how death metal songs are to be written if they want to be any good. I mean the entire album is killer. I do love it when the band specifically attack preachers and priests on their albums, only because they have a trend of being one of the best songs on their albums, and this album once again continues that trend with Blessed By The Priest. I'm not sure about the interludes on here, as they seem rather unnecessary, but they are short and well performed.
It's a great piece of work, and that's really all I can say. Aeon have a great way of playing death metal where it sounds old and traditional but also very fresh and unlike anyone else, and I have nothing but the highest respect for what they do. If you're a fan of death metal, I seriously recommend you check this out, as it is one of the finest examples of its genre to be released this year.
Overall Score: 9
Highlights: I Wish You Death, Aeons Black, Blessed By The Priest, Die By My Hands
Posted by maskofgojira at 10:40 PM