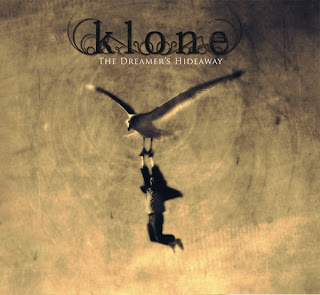 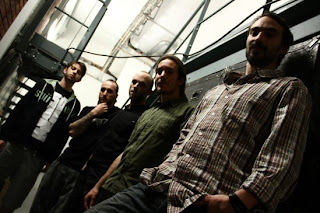 Back when I was going through France's metal scene (about the same time when I first started getting into Gojira) I found a bunch of groups in their relative circle, one of those groups was Klone. Since hearing their 2008 album All Seeing Eye I have been interested in their progression as a group. I wasn't even aware that this album was in the working until after it had already been released, but I was very excited to see what the band were going to do.
I remember reviewing 2010's Black Days album and being really impressed with the development the band had made. They had really embraced the Tool influence that on previous releases was only occasionally referenced to and took on a less aggressive approach towards songwriting. But my main problem with that album was the fact that it was very inconsistent, it started off really strongly but didn't maintain that quality throughout. So, coming into this album, I sort of expected that the band would probably continue in the same sonic vein as that album, but was more curious to hear if they would up the ante in regards to the songwriting. As I soon found out, that was exactly the right state of mind to come into this with, because it's pretty much exactly what the band themselves have apparently done on here. It's certainly not recalling their more thrash background and continues to travel further down that sludgy alternative one where groups like the aforementioned Tool, Mastodon, and Intronaut reign supreme.
Consistency is the strength of this record. Unlike Black Days where the band had found their sound and decided to tinker around with it, as if they were perhaps a bit unsure where to really go with it, this album simply delivers a batch of songs that are all in the same general vicinity of each other stylistically. Yes, there's that smooth sax solo on the title-track, the industrial touches on Siren's Song, or the more traditional prog structure that pops up on Walking On Clouds, but the degree to which one track differs from the next is much less common. I'd also say that the group's songwriting in general has gotten better as well. Personally, I think that the experimentation on the previous album had hindered their songwriting and on here, consistency has bred a stronger and more memorable batch of songs. It's also strangely alternative for how heavy some of the riffs are. There isn't a whole lot of mellow parts on here but in almost every track, when the main riff hits, it hits pretty damn hard. The last four tracks on here are really some of the strongest material the group has ever put out, seamlessly blending groove metal aggression with more progressive melodies and soaring choruses.
I was thoroughly impressed with the album as it does channel a nice blend of influences that aren't often blended together in a way that maintains its metallic edge while still being readily appealing for a mainstream audience. It's still far from a masterpiece, but it is an improvement and the band's crowning achievement thus far. If you like more melodic or alternative forms of progressive metal, this is the sort of release that might interest you.
Overall Score: 8
Highlights: Corridors, Walking On Clouds, A Finger Snaps
Posted by maskofgojira at 6:51 PM