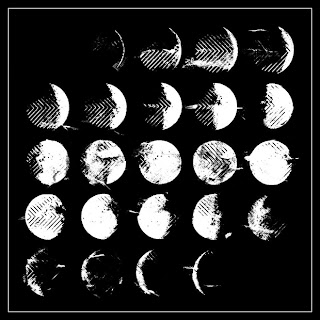 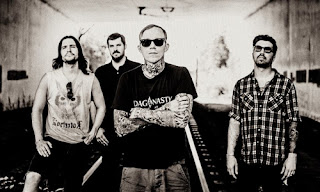 Chances are that if you dig hardcore in any sense, you're already a Converge fan. Since metalcore has pretty much gone to shit in the last couple of years, it seems like it takes older groups to really do the genre tag right. Metallic hardcore, post-hardcore, hardcore punk, whatever you want to call it, Converge take the cake in my book.
It never ceases to amaze me how well revered Converge are. They're a band who've been making aggressive, quite spastic, metallic hardcore for over two decades now and always sound fresh and authentic. No matter what record of theirs I put on, each has its own distinct flavor and attitude to it that makes it a unique picture, and yet there are plenty of tropes that can be found on each and every one of their records. I can't think of any other band in this genre or any of its surrounding genres that have maintained a sound that is so aggressive and confrontation for anywhere near as long as these guys have without mellowing out in some form or bringing new blood for rather uninspired reincarnations of their past glory. Converge always sounded pumped and ready to go, embracing just enough outside influence to allow all their songs to stand apart and not blend together. Whether that influence happens to be grindcore and death metal or stoner rock and folk/acoustic music always comes through, but never in an ironic or sneering kind of way.
For this record, the band have opted for a more direct and far less collaborative style than 2009's Axe to Fall record. I'd say that there's a more punk flavor at work on here than I've heard from the band in a while, the songs just sound extremely stripped down, nothing but the four band members playing these songs, which for me gave the record a much more naturalistic sort of vibe, in the sense that in just feels very bare-bones but so full of life and vigor. It is not contrived sounding in any regard. I think that this has just as much to do with the songwriting as much as Kurt Ballou's always stellar production job. It's nice and noisy but crystal clear and heavy as balls when it needs to be. I honestly think he's a genius and the Devin Townsend or Steven Wilson of his genre (hardcore/grindcore/death metal/etc.) because I can't think of a record he's recorded that doesn't sound good. This album is not as noisy as the last couple, which I think just comes from this being a less metallic and grinding record and more along the lines of something post-hardcore and hardcore punk, so more noise just doesn't find a place.
This coming from someone who could listen to Converge just blast away for an entire album and still come out satisfied, I think it's great that the band is constantly expanding the scope of their style and filtering new stylistic tendencies through their already trademark sound. Yes, there's plenty of hard-hitting and thrashy hardcore tracks on here, but I actually think that some of the longer tracks stand out the most. Whether it's the post-hardcore vibe on opener Aimless Arrow, the post-metal ideas that weave their way into Choral Blue, or the more ambient sounds that litter the interlude Precipice, the band keeps themselves grounded, never straying too far outside of their own comfort zone but making each and every experiment work. Along with that, every track contains its own unique set of ideas and not one track, NOT ONE, sounds like another, even the faster and more typical songs sound very distinct from each other. As always the guitar riffs are loud, proud, spastic, and catchy, the drumming is all over the place - in a good way, and the bass proves to have just as big a role in the band as guitars do, driving home several hooks throughout the album, none more so than on closer Predatory Glow. Bannon sounds just as pissed as ever, though delivering strangely more spoken word vocals than on the last couple records.
I have yet to hear a Converge record that I don't like or enjoy for something, and this is no exception. It's a great piece of work that is less metallic and more direct, but still enjoyable as all hell. Definitely check this out if you're at all a fan of hardcore, intense metal genres (you decide what those are), or if you just haven't listened to Converge yet.
Overall Score: 9
Highlights: Trespasses, Glacial Pace, Choral Blue, All We Love We Leave Behind
Posted by maskofgojira at 5:33 PM