It's been a little while since I've done a split review, and I've stored up a couple so I thought I'd bring it back and share some of them with you guys and girls. As always, reviewed from 1-8. 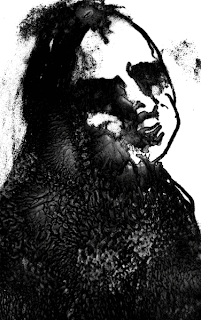 Are you in the market for noise? Well, once again Tapes of A Neon God aims to please you with their newest four-way split. Opening things up is BLSPHM who deliver some of their most metallic material in a while, through an introduction filled with tremolo picked guitars, blasting drums, and howled vocals. The track then cools down about half way through and quiets down to a somber drone with some distant industrial clangs banging away in the background until the track then shifts up again into a more blistering piece of noise. From the other releases I've heard from the project, this track does appear to be one of the most varied. The other three groups on the split I'm not as familiar with though. Gezoleen provides a rather tense drone but low-key drone until about a third of the way through vocals are introduced and the entire thing turns into this odd industrial kind of piece. As the track progressed, it developed this strange kind of ambiance that just gave it a very unique vibe. Hadals probably delivered the most surprising piece on here. It's a very calming and atmospheric drone, bordering on ambient music in its first half before exploding into a, if rather typical, burst of noise. Though the noise aspect is certainly well done, I actually think it would have been even more interesting if the track was kept at the level of restrained and didn't explode. Knoll close out the split with their track and choose to open it up with a sample from Werner Herzog's My Son, My Son, What Have Ye Done? film. While the track itself is nowhere near as strange as the movie, it's still pretty entertaining. Overall it is a pretty solid collection of experimental noise tracks. It's not fantastic or mindblowing, but solid nonetheless.
Overall Score: 7
Highlights: How He Speaks, Flippertroniks

Year of No Light/Thisquietarmy - Collaboration Split (2012) 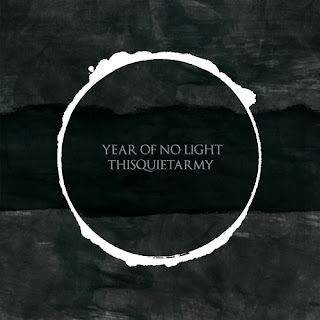 This one was a little bit of a different choice because it is, obviously, both a split and a collaboration between both sides. Bringing together Year of No Light's droning post-metal and Thisquietarmy's dreamy ambiance together for two tracks while showing the differences when both sides act alone is quite a cool idea. As separate entities, again, obviously, both sides are quite different. Year of No Light show of a slightly more uplifting quality in their solo track, Vous Etes Un Nada Mort Marchant Autour Du Visible, while still bringing to the table every idea you'd expect from a post-metal band. On Aphorismes, Thisquietarmy delivers some more droning ambiance, which is a far cry from his more post-rock tinged recordings, bordering on the realms of industrial music at points. But unlike the two tracks from each individual band, I think the real draw for people to this release in particular are the two collaborative tracks. Langue De Feu is interesting in the sense that the build for it is quite different. It's not the standard build in the sense that guitars are not climaxing, but noise and feedback slowly begin to overtake the slow ambiance and clean guitars as the track progresses before giving way to an almost industrial take on post-rock (though I wouldn't call that section the climax). Une Odeur Que Je Capte Quand Leurs Yeux Explosent takes a similar sort of premise but decides to keep things restrained inside the ambient noise instead of breaking out into post-metal/rock. It is perhaps a less interesting track because it wound up sounding less like a collaboration, but the ideas are still pretty solid. Definitely check it out if you dig post-metal/rock, ambient or drone music, this should be near the top of your list if you like any of those styles.
Overall Score: 7
Highlights: Vous Etes Un Nada Mort Marchant Autour Du Visible, Langue De Feu 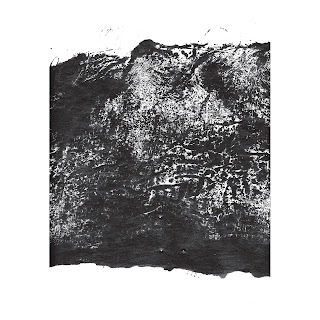 Closing out this trio of new splits is this highly anticipated release between experimentalists Pyramids and neo-classical via ambient darlings Mamiffer. Based on previous collaborations with the likes of Locrian and Merzbow, as well the band's sibling project, House of Low Culture, both tracks Mamiffer bring to the table here show a much harsher side of their sound. Sophia melds caustic noisescapes, experimental ambiance, and melancholic piano playing into a singular entity that evolves and changes throughout its length. It's a really interesting track that never feels like it ever completely explodes, which is kind of interesting. Tichá Noc shows more of that noisier side of the project that was only hinted at in the aforementioned collaborations and HoLC project. Though the track retains a similar sense of melancholic ambiance, I do think the average listener might have a tough time distinguishing between this song and the project's past releases. I'm actually not all that sure how I feel about it yet because it is more of a noisescape and didn't really leave me feeling satisfied. To me, it feels more like the line between HoLC and Mamiffer is being blurred, and I'm not really sure how I feel about that (only time will tell where both projects wind up going in the future). Then there's Pyramids, who've blurred the lines between black metal, noise, ambient music, shoegaze, post-rock, and pretty much whatever else they've felt like, in the past. This Is One For Everyone takes a slightly different kind of approach. I can certainly see why this was used for this split (whether it happened to be written specifically for the purpose of this split or not) because the ambiance is very similar to that of Mamiffer's. The track starts off in a pretty typical manner for the band, with pounding electronic drums and whispered vocals, though it soon shifts into a slightly different realm for the group. That turn manages to call back to the collaboration with Horseback (which I didn't care for at all) through a sort of found sound section in the middle of the track which is blended in with some beautiful ambiance that then closes the track. The end result is a small collection of tracks that are both well crafted, interesting, but not quite as engaging as either of the band's previous material. Having said that, anyone who enjoys experimental music should definitely check this one out.
Overall Score: 7.5
Highlights: This One Is For Everyone
Posted by maskofgojira at 9:00 AM