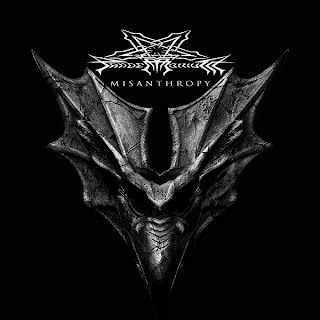 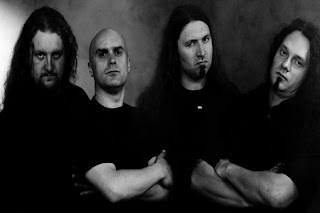 On a stylistic level, I'm not sure why I agreed to review this album. I don't mean that in a negative way, but I had read a few reviews of this album when it was released a couple of months back and they were being compared to Behemoth, a band I'm not really huge on. Still, I said I'd cover this, and I was seriously hoping for the best when I pressed play for the first time.
When first listening to this, and even now several listens later, I have to say that the Behemoth comparison is not completely unfounded. Pandemonium certainly do take after their elders sonically and perhaps ideally as well (though they are by no means as refined as Behemoth are in that regard). What you get here is a pretty idealized version of blackened death metal with a few glimmers of ideas that are slightly above the norm. I'm not going to lie and say that I didn't enjoy a few of the riffs on here, because they are quite enticing, granted, most of them tended to be more on the black metal side of the spectrum, but they were enjoyable nonetheless. I'm not sure I really understood why there were effects used on the vocals, listen to God Delusion for an example of what I'm talking about. They were by no means bad, but the screams that backed up the effected vocals fit fine and I just wondered as to what purpose it served to morph the voice from its original form. I read in another review that the vocals were similar to that of Peter from Vader, and in comparing the two, I could agree, but I did actually find Paul's vocals on here to be far more tolerable than that of Peters, which is one of the reasons I have never been able to get into Vader. Nevertheless, I do think the vocals are quite well done throughout, even with the effects used on them.
I guess where this band differs from many of their peers is in the more grandiose nature of their ideas. Whether it happens to be the more symphonic intro to Necro Judas or the female vocals on Stones Are Eternal, they strike me as ideas that the band would like to expand upon on future releases. Having said that, they are also ideas I have heard done before by the aforementioned Behemoth as well. While certain parts of the song didn't really do much for me, I did think that the majority of what the band did on Everlasting Opposition was quite interesting and well done. It's by far one of the most ear-catching tracks on the album, making use of multiple layers of guitar variations and synth washes to create a very pervasive sense of morbidity, if you will. Several guitar lines, as well as the role the female vocalist, bring a sort of Arabian tone to several of these songs. The second half of the album is a lot more apparent in its exotic influences, which is sort of disappointing in a way, since the first half is a lot more direct and straightforward in its sound without much exploration. But that second half is rather impressively done regardless of how much the first half tends to favor traditional extreme metal ideas.
In the end, it's a solid album, though it isn't much more than that. I would have liked to have heard the band explore even more interesting melodies and textures on here, but if this just happens to be what it sounds like when the band are taking a step into new waters, I can't wait to hear what it sounds like when they dive in. If you happen to be in the market for some black/death metal with some nice exotic influences, I'd point you towards this album.
Overall Score: 7.5
Highlights: God Delusion, Avant-Garde Underground, Misanthropy
Posted by maskofgojira at 5:53 PM