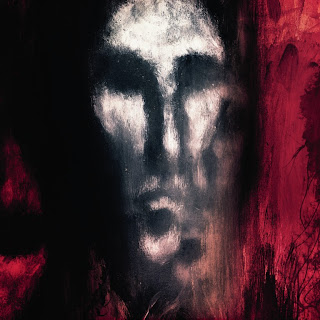 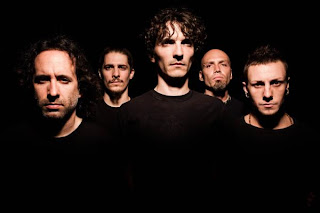 Not that it was all that big a deal but I remember being surprised when back in 2009 Metal Blade records released Hydra Lernaia. I figure a lot of people probably didn't pay that much attention to it, but to me it sort of stuck me as odd that Metal Blade was signing a band like Eryn Non Dae. It seemed to me like they were trying to find their own Meshuggah or something, but now the band are on another label with a new album and it doesn't bother me.
To be completely honest, I was never completely sold on what exactly Eryn Non Dae. was trying to accomplish musically. Their sound basically took the fundamentals of groove metal and post-metal and tried to do something interesting with them, which is something I'm all for, but from what I wound up hearing on Hydra Lernaia didn't completely sell me the idea. It's like the band had a sound in their heads and were working to try and achieve that sound, but it only came together in spots. There was also the matter about the more ambient sections that were not only tedious, but rather inconsequential on their last album. I remember reading several comments about the record where people were basically saying that they were just skipping over those sections so they could get back to hearing the actual songs. So right from the offset of this album, it is clear that the band have gotten much better at fusing those ideas together into something which is more cohesive and natural sounding. Songs flow from mid-paced grooves to more experimental ambiances with ease, appearing to showcase a stronger post-rock/metal sense of dynamics on here than previous speculation would have led me to believe.
I was aware pretty early on, before I had even listened to the album, that this was structured for every song to flow into the next like a continuous song. The band sort of did that on their last album, which, as I mentioned before, was sort of a mixed bag in the end, but on here it really did work out for the better. I don't know if maybe I just got more into the grooves or whatever but even the longer tracks like The Great Downfall or Black Obsidian Pyre which relied heavily on long builds, I was able to listen to without getting even remotely bored. It also worked in the context that while those longer tracks were less intense and did focus more on reaching that eventual climax, the shorter tracks were just explosions of energy for the most part.
Personally, for all the dynamics and interesting structures happening on here, what stuck out to me, even after numerous listens, was the bass. It's very nice and thick sounding, but very clear in the mix. I actually don't think there was a time (during the metal sections) where I couldn't hear the bass, and that was great. It moved between being more of a foundational sort of instrument to one that felt a lot more expressive and powerful. When it comes to the part that I found the most irksome however, it lied in the sound of the vocals. Personally, I thought that they sounded strained at times, like the guy's throat was going out. That's just the guys style, and my taste doesn't really draw me towards that kind of style of growling, but it does grow on you after a while.
It's a solid step for the band and is clearly something that a lot of time and effort went into. There are some really strong moments that I did not expect from this band and that has me excited to hear even more from them in the future. If you happen to dig more groove based metal bands, from nu metal to post-metal to djent, I think you'll really dig at least some part of this record, so definitely check it out.
Overall Score: 8
Highlights: The Great Downfall, Ignitus, Hidden Lotus
Posted by maskofgojira at 2:01 PM