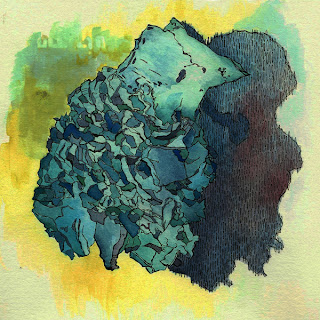 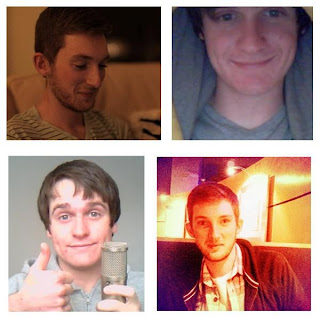 Last year And The Giraffe released one of my favorite EPs of 2011 with Something For Someone. They were one of the few groups who made me at all interested in country music, since I'm not really a huge fan of it. So when I happened to see that they were releasing this new album I wanted to get on top of it as soon as possible.
Right off the bat, the band make it known that they are not a group to underestimate. Now, I don't listen to a whole lot of country music, but from the artists that I've heard, experimentation is not something that is a big priority for them, but opener Find My Name In The Sun makes it almost the focus to introduce new ideas into the band. The introduction of additional instrumentation including banjo, saxophone, and hand percussion and more electronic textures into their sound certainly does allow for a wider breadth of sounds and ideas into the album. Their last EP had a few electronic elements and a much softer edge to it than these six songs do, which is actually quite interesting since I didn't expect the group to pursue a slightly more experimental sound. Despite that, the sound is unashamed in its devotion to country and folk music traditions. The songs on here still maintain a very acoustic driven structure, with additional instrumentation being the icing on the cake rather than the driving force of them. Personally, the use of piano on tracks like The Silent and Enough Is Enough really helped to create a mood that was not present on their previous material and definitely proves to be a strength in their songwriting. The only song I wasn't crazy about was Take Care, which just didn't sit right with me, maybe because the lyrics felt a bit too hokey for my taste and sort of clashed with the more minimalistic musical approach on that song in particular.
As with Something For Someone, I think this is a great piece of work that really shows great skill in both songwriting and arranging on the part of these guys. For as much as country music is all about singing about your tractor and the open plains, it can prove to be actually impactful when reigned back into a state of melancholia and subtlety is introduced. I think these young men are really talented and I look forward to more great material from them in the future.
Overall Score: 7.5
Highlights: Find My Name In The Sun, The Silent
Posted by maskofgojira at 5:49 PM