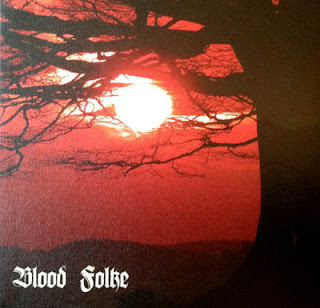 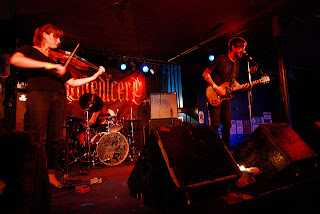 Small Doses is not a label I usually associate with metal music, but once in a while they'll put something out. This is one of those instances. Joe had praised this band back when he originally put this out and it immediately interested me because of his description of it.
I wasn't totally sure what style this band would be, I mean obviously it was going to be metal, but aside from that, I was going in pretty fresh. Oddly enough, this is not the straightforward metal group I thought it was going to be. The band channel some interesting influences from what I can tell, taking an almost post-metal sort of aesthetic towards songwriting while sonically actually owing more of a debt to progressive rock and sludge metal. The four songs that make up this album are all quite well put together with some excellent violin passages that definitely add that air of chilly atmosphere to the otherwise rougher tone the rest of the band give off. Merzerum is easily the highlight of the release, diving into multiple different pools of sound including a Mastodon-esque grooves and more of a psychedelic jam during its conclusion. They have a lot of talent but the rough around the edges production job might turn some people off if they're looking for something a bit more polished. This sounds like a band's early recordings, it's not perfect and feels kind of brash at certain points, but that's why it works.
It's a very solid debut release and I look forward to hearing more from this band in the future. There's a lot of talent in these four songs and it's actually quite difficult to predict where the band will take their sound next. Definitely look into this if you're a fan of sludge, doom, or even some of black metal's slower side, I don't think you'll be disappointed with this one.
Overall Score: 7.5
Highlights: Merzerum, Termination Shield
Posted by maskofgojira at 12:16 PM