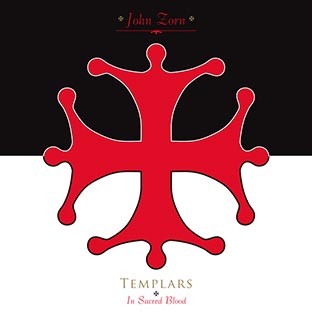 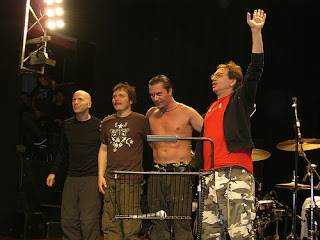 My relationship with the many works and projects of experimental composer/saxophonist John Zorn is very strained. There was a point where I pretty much listened to anything he released, but that only lasted a couple of months seeing as I've found the quality of some of his more improvisational pieces to be rather annoying. When it comes to the Moonchild project however, I have been a fan since I first heard it.
Let it be known that I will listen to almost anything that has Mike Patton's name on it, I might not always like it, but I will almost always listen to it once. I love his bands, Faith No More, my favorite band ever, Mr. Bungle, Fantômas, Tomahawk, all great groups (to name a few). Having said that, some of the work he's done with Zorn in the past is plain and simple gibberish, whether intended to be or not through composition or improvisation. I think that of all of Zorn's projects, Moonchild has proven to be one of my favorites because the principal foundation of the project is to write more aggressive pieces, and that was certainly demonstrated on the group's debut Moonchild: Songs Without Words. Every album since then has expanded upon that foundation either by making it more "progressive" in the song structures, adding extra instrumentation, or even taking away instrumentation, to various degrees of success. Personally, I've thought that the project's best album up to this point has been 2006's Six Litanies For Heliogabalus which had the intensity of early albums with the right amount of experimentation into other sounds and ideas (and it does include the famous eight minute vocal piece which has been the subject of much mockery on Youtube).
This album follows in the footsteps of 2010's Ipsissimus album which was actually quite a good album and featured legendary improvisational and experimental guitarist Marc Ribot on several tracks. This album brings organist John Medeski into the trio, rounded out by the rhythm section bassist Trevor Dunn and drummer Joey Baron, who really does add that air of medieval atmosphere to the album. Patton is a lot more wild on here than I can remember him being on the last couple releases from the project (though that might stem from the fact that there are actual lyrics on here instead of gibberish), he's screaming, moaning, chanting, whispering, and is basically the exact opposite of how his more recent albums have been (Mondo Cane or Laborintus II for example). Besides him though, the rest of the band are actually pretty restrained, pulling back a lot of the intensity that I've come to expect from the project and settling into the background on several tracks. It's definitely a lot closer to the jazz background most of the players happen to come from, though to say the project was ever strictly metal or rock in a compositional sense would be wrong.
I'm not gonna lie and say this thing is totally amazing, there were a couple of tracks that were just sort of meh to me, but I actually thought this was a pretty good album as a whole. The opening four tracks are all really solid and varied, but then the second half hits and just sort of floats along without leaving any sort of impact as strong as the first. The songs on the back half are all interesting for sure, and certainly shouldn't be ignored, but they don't have any of the real punch that the front half did. Then you get to that nine-minute long closer, Secret Ceremony, and all of those softer moments finally come together into something interesting. Being soft and transitioning, rather spastically I might add, into something heavy as the majority of tracks on here do, is all fine and dandy, but even that can wear thin on a listener if it's done repeatedly. This closer is moves along on an inclined slope, gradually gaining momentum as it moves along. Hell, there's even a reference to Black Sabbath, whether intended or not.
Zorn can be really annoying when he doesn't really give himself any constrictions, but this project has time and time again demonstrated that he is a great composer or interesting music. This is definitely not the sort of project that will appeal to everyone, but I really dig it and hopefully a few out there will as well. I'd definitely recommend this if you want to hear some experimental jazz, metal, or rock, or some variation of all three.
Overall Score: 8
Highlights: Templi Secretum, Murder of The Magicians, Secret Ceremony
Posted by maskofgojira at 9:48 PM