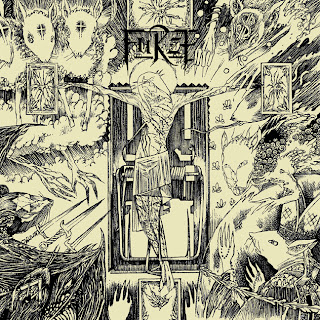 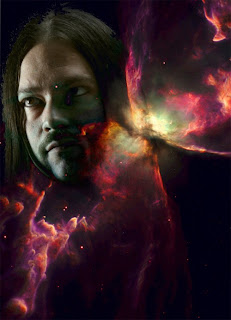 Let's get this out of the way first of all, I'm not the biggest Furze fan. I've listened to his last two albums and wasn't all that impressed by them, but this one did have an interesting title and the reviews were pretty solid for it. I said, "What the hell," and decided to just do a review for it.
I guess the problem I've always had with Furze in the past was that the production just didn't appeal to me. It always felt like nothing was actually mixed properly and the raw nature of the sound just turned me off. Even when he was doing his throwback, Black Sabbath doom, it just felt too raw, unpolished, and to a certain extent, unfinished for my liking. In that regard, this album really doesn't improve upon that problem. It has a sound that I just do not find all that appealing and can at times just be rather irksome. So I guess the saving grace of would have to be the music, which is where this album does succeed, in some regards. I have to say that the continuation with the throwback style with this production sound does work better than the earlier black metal recordings. In fact, just in case you weren't aware of it, black metal has been almost completely annexed out of this album. Main man Woe J. Reaper has taken the project into a sort of quasi-doom direction and it does feel and sound a lot more natural and authentic than those earlier recordings ever did to me.
Seeing how I did not come into this album with the highest of expectations, I have to say that I was pleasantly surprised by what I heard on here. Sure, I felt like opener Occult Soul, With Mind was a bit tedious to listen to and that Triad of Lucifer was a little too obvious in its reverence for Sabbath and Candlemass for my taste, I thought the other three tracks were pretty solid. Psych Mooz Space Control was a pretty good blend of psyche rock, space rock, and I guess some small traces of proto-black metal that just sort of plods along for just over fourteen minutes, but it works. I don't know why it works, but the end product is more of a jam than an actual song, and that's something that can turn from fascinating and hypnotic into annoying and dull very easily, but I never felt bored while I was listening to it. Even though the doom rock of closer When Always Ready was enjoyable, I did feel like it was sort of a cop-out because it's essentially the only track where the vocals are up in front. There are vocals on two other tracks, but they're unintelligible for the most part. I don't think the vocals are bad, but it just sort of feels cheapened when the closer appears to have been written with a different intention from the four previous songs.
In the end I do think it's a pretty decent album, and it is easily the best Furze album I've ever listened to. It's not masterpiece or anything, but at least I didn't feel the need to shut it off after half a song. For those who haven't been able to get into the project's past releases, check this one out, it might prove to be a gateway for you.
Overall Score: 7
Highlights: Psych Mooz Space Control, Reaper Subconscious Guide
Posted by maskofgojira at 10:15 AM