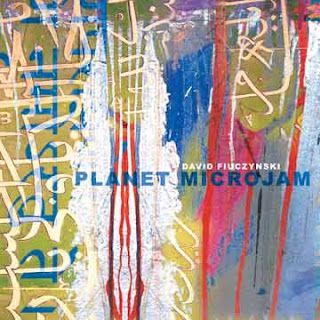 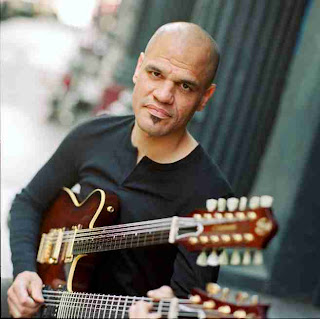 It's common knowledge that I love weird and avant-garde music, mainly metal but it shouldn't come as a surprise that I listen to other styles that are strange as well. As bizarre as metal has gotten in the last decade, I think that jazz still has the edge in degree to how cerebral it can get. This is one of those albums.
I love music, obviously, but I haven't heard everything out there, so I will make no defense for my analogies toward this album. Jazz fusion it is indeed, but it draws upon plenty of influences that stretch into the realms of absurdism and wonkiness. Ideas coming from Arabian, Middle Eastern, and Japanese music, 70s American funk, and various avant-garde styles are all intertwined and melded to one another in jarring flurries of melodies and rhythms that just clash and fight each other for space. Yes, there are just as many traditional lounge spots to fit in with your local piano bar albums, but even those tracks have an injection of brain-melting dissonance that just makes it feel so tense and on edge making it very hard to relax at any point during these songs. I have no doubt that David Fiuczynski is a fantastic guitar player and composer, but it's really hard to latch onto anything he's written for this album. Make no mistake, every single song on here is impressive and adventurous, but I don't think there was ever a moment when listening to this that I was able to just ease into and get comfortable with, things just always tensed up and started flaring spikes at you whenever it seemed like you could just sit back and casually listen.
As a fan of progressive music, I'd like to think that I can handle just a bit more pretension in my music than perhaps others would. I listen to groups like Dream Theater who go on minutes on minutes of (sometimes) endless solos, and it's fine, but when listening to this, even I began to think, "Ok, now this is starting to sound pretentious." Fiuczynski is obviously talented and he has a signature style that he plays, but that style just did not appeal to me. Sometimes it worked, sometimes it fit in the context of what the vibe of the song was, like on Drunken Longing for example, but I'd say the better majority of the album is filled with meandering playing that just clashes to the point of annoyance. In addition to that, and I realize that this is just my personal preference, I found several tracks on here quite boring. After a while, it just starts to sound like someone is jacking off in your face/ear, and that grows tiresome very, very quickly for me.
I really wanted to like this record, but even I have limits and this went right through them. I realize there are plenty of people who listen to some of the sort of stuff I recommend normally and will say this is nothing compared to that, but this just wasn't my sort of thing. Hopefully if you dig experimental jazz you'll find something in here to like.
Overall Score: 6
Highlights: Horos Fuzivikos, Drunken Longing, Apprehension
Posted by maskofgojira at 1:02 PM