No, I'm not starting a series specifically devoted to each genre now, relax. These are just the same as my usual round-ups for releases, whether it happens to be from a label or a certain style or grouping, I just happen to have quite a lot of these sort of records so I decided to just give you a whole bunch of them together. With the exception of the very first album in this list, which is rated from 1-8, all of the rest are rated from 1-10. 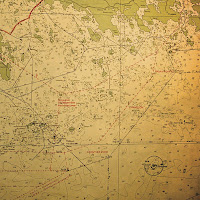 Starting things off is this pretty short (for the genre) release from a new band. The four songs that make up this EP are pretty true to the genre's typical ideas, but actually manages to keep the energy pretty high for the majority of the tracks. Opener Less to Come is an up-tempo rager that, even during the mellow parts, keeps energy high and sludgy riffs coming at you. Even though the rest of the tracks don't retain as much of that immediate rush the opener did, there's a fluidity in one track to the next, which does lead to the entire thing feeling like a single, cohesive piece, which ends up working to the band's advantage. Probably the most surprising thing on this entire release was not even how much I wound up enjoying it, but the clean vocals that are used on Fever. The growls are all fine and dandy, but the clean vocals took me aback when I first heard them, they were really honest sounding. They're not loud or powerful sounding at all, but they had this feeling of being genuine and emotional that just stuck me in the right way. Each track is a keeper and it's a great example of how you can still stay true to a genre's sound and make it sound fresh if you have good songwriting.
Overall Score: 7.5
Highlights: Less to Come, Eyes Down South 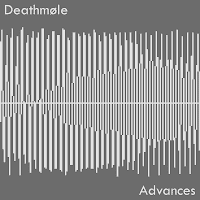 Ok, of all the albums on this list, this one will more than likely be the one to cause people to say, "This is not post-metal" So, begrudgingly, I will admit that the line between post-metal and djenty tech metal is certainly very wide and on here, the majority of the release does fall into the ladder more than the former, but there were those occasional moments that made me think, "Ok, I could still include this on here." What this album basically does is translate that post-rock formula of escalating ambiances and building towards a big climax into a more Meshuggah-esque kind of format. Some tracks do this better than others, with some seemingly not even attempting to make that translation happen and just going for straight-up grooves, though melody does find a way to worm itself into nearly every song on here. It's interesting in that when it does fuse those two ideas together well, it is something quite impressive, but other times it's just sort of meh. In the pantheon of post-metal releases, I really doubt that this one will go down as a great one (if it's even mentioned at all), but if you're a fan of the genre and you want to hear something a little different, check this out.
Overall Score: 7
Highlights: Perennial, Resource Crisis, Corruption 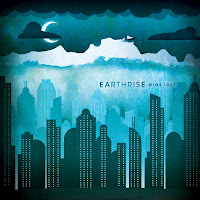 When comparing this album to the others on the list, it's pretty obvious that this one isn't your standard, or at least stereotypical, post-metal record. A lot of influence on here comes from hardcore and post-hardcore, especially in the vocal department, while musically you have a lot of slow and heavy riffs clashing with more dissonant chords and warmer melodic moments. However, while the vast majority of the album is certainly closer to the whole post-metal or even sludge, there are occasional rushes of hardcore bursts, hear Eighteen Hundred. Honestly, when the band are doing the straight-up heavy songs, like Titan for example, they're perfectly fine, adequate songs, but it's when they include those more melodic and atmospheric passages into the tracks that I think makes those songs stand out. It might just be that additional space that's being added when the band include those elements into the songs, but it's just those additional ideas that spice it up. Personally, I enjoyed how the album worked as a single, cohesive piece of music, with each song moving into the next (though each song obviously stands on its own). In the end, while it isn't perfect, it's definitely a fun record to listen to if you're in the mood for some heavy stuff with, you know, actual depth.
Overall Score: 8
Highlights: Former Worlds, Relentless, Exhale

What The Blood Revealed - Harbour of Devils (2012) 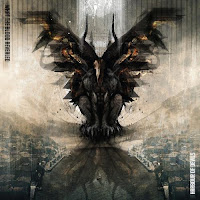 Now, I don't know about what others might think of when you see the cover of this album and hear the band's name, but it did strike me as a very -core-ish. With that being said, musically, there's nothing -core related on here, as the band channel their inner psychedelic influences into making a release that is just as interesting as any prog-rock album I've heard this year. Sure, it's post-metal, but these guys really want to showcase that they have influences outside of your stereotypical sludge, stoner, and doom in their riffs. That leads to quite a few well executed ideas that really come off sounding really refreshing when put into the context that the band have chosen for themselves (the whole post thing) and does indeed set them apart, being an instrumental group and all. Having said all that, I can't help but feel that there are some parts that just don't go anywhere and those moments tend to come from the straight-up post-metal side of the band. I would have much preferred more interesting riffs or variations on certain ideas just to keep a track interesting instead of falling back on tried-and-true ideas that just sound dull in comparison to the fresher ones in other tracks. It's solid for sure, but I'll have to wait to see if the band can introduce even more interesting ideas into their next release to keep me interested.
Overall Score: 7
Highlights: Embrace The Rational and Seek The Truthful, The Streets Ran Red With The Blood of The Pious, The Corporation As We Know It Is Dead, Dead, Dead 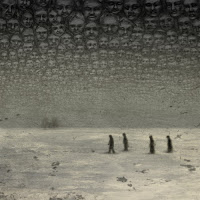 If you happen to be looking for a typical post-metal record, look no further, cause this record contains pretty much that standard sound. If you dig the ideas that groups like Isis, Pelican, or even Rosetta have perfected in their existence, you'll more than likely enjoy what Kasan is doing. That being said, I do not think this is a bad record, it's ideas may not be original, but I do think that the band know how to string out some solid instrumental tunes. There's a nice fluidity between the cleaner passages and the heavier ones where they blend together into a more natural sounding combination than I think could be said for some other groups. I was also quite fond of the production sound on the record because it wasn't super polished or clean sounding, but it's also not super raw or anything. It feels like a natural recording, not too much done to it to take away from the individual performances of each member. It's not gonna blow anyone away, but if you enjoy the style, I think it's at least worth checking out.
Overall Score: 7.5
Highlights: The Battling Eels of Antibes, Mindshelter 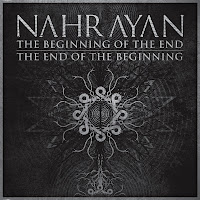 Depending on the sort of post-metal you happen to be in the market for, this could very well be your album of the year. This is one of those albums where a band is seriously indebted to heavier forms of music rather than the perhaps psychedelic ones some other groups embrace. Sure, extended song lengths and instrumental passages are all over this record, but it reminds me a lot more of a group like Dawn Bringer than any other stereotyped band from the genre. These guys have your mellow parts, but this is has a lot more edge to it. It's equal parts doom, sludge, and post-rock, but with a healthy dose of old-school metallic hardcore dissonant style of riffing thrown into the mix as well. It's one of those albums where, even though the style has been done before, is done really well and has songs that are interesting to hear and feature the right blend of ideas to keep them from sounding just like everyone else. Honestly, the first two songs are really the weakest of the entire album, with essentially every track following them increasing my level of enjoyment. I will say my biggest complaint about the album however are the vocals, which sound like they've been multi-tracked so you have these sort of yelling/growls that sound like a bunch of guys are performing it all at once. I probably would have been fine with it if it hadn't had been used as the main style of vocals for the entire album. Besides that, I think it's a very solid record and definitely worth checking out.
Overall Score: 8.5
Highlights: When Sun Sets Down, Red Moon/Last Sunrise, Hollow Grief
Posted by maskofgojira at 1:18 PM