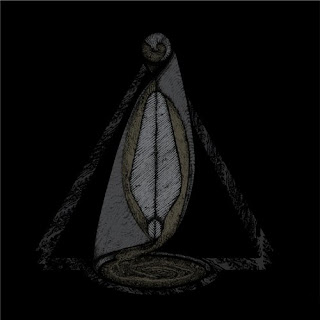 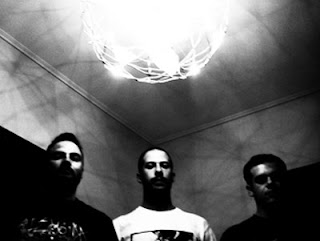 I had heard quite a bit of Dephosphorus last year when they were getting acclaim for their Axiom release. At the time, I wasn't listening to much grind so I didn't pay much attention to it, but recently I have started listening to more so I went and checked out this new album. How could I pass up something that's called astro-grind?
I have to say that when I came into this record, and based on what I had heard from others about the band, I was expecting something far more in the realms of grindcore. That's not to say that isn't in here, but for me, it feels much more like an even blend of black metal and grindcore, with a nice helping of avant-garde experimentalism thrown in for good measure as well. The production is nice and raw sounding, very authentic, which was what initially threw me off when I first listened to this, I was expecting something pretty polished, based on what I think of when I hear the term "astro-grind." The rawness of the production actually does lend itself to the songs on here though, as they do appear to be more in the black metal vein on here (I can't speak of the songs on Axiom) and it brings a bleak sort of nihilistic atmosphere to them. The riffs move between straightforward tremolo picking, death-grind blasts and chugs, bouts of energetic thrash, and something more interesting. It's in those slower, more atmospheric sections where things start to feel a little bit like Deathspell Omega or something like that, and I don't mean that in a bad way. I wouldn't say those moments are particularly DSO inflected or anything but I got a similar sense of uneasiness and discomfort while listening to them, once again, not a bad thing. Though it's not slow at all, The Astral Putsch I: Plateau of Initiation pretty much gave me those feeling from start to finish, and I loved every second of it. I've listened to this a couple of times now and my feelings towards it appear to shift each time I've listened to it, though I can say I've never disliked it, each time it does feel like I am gaining a deeper appreciation and understanding of the record which is something I can't say I've gotten when listening to a grind band/album before.
I hate to sound like I'm just skimming over this, but it is a great record. I wish more bands in the grindcore genre would be willing to push outside of their crusty boundaries and do something like this. It's turning into a pretty good year for grind, do not make the mistake of passing up this record.
Overall Score: 8.5
Highlights: Starless, The Astral Putsch I: Plateau of Initiation, Aurora
Posted by maskofgojira at 9:50 PM