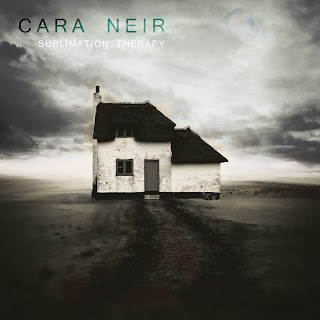 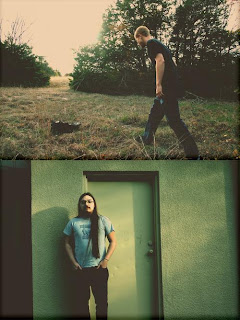 Last year Cara Neir really impressed me with their Stagnant Perceptions and have continued to impress me with their newer material as well. I think there are very few black metal bands that are taking similar risks with their sound as this duo are. I really excited coming into this after seeing that there were seventeen tracks on here (kick ass man).
Now, one of the reasons I think Cara Neir is a great band, and Gary Brents is a great songwriter, is because there are several aspects to their sound that directly appeal to me. One: they don't sound like any other group out there; and two: Gary Brents knows how to actually write a god-damn song. In past releases, Cara Neir has always displayed their variety in songwriting, this new EP doesn't do that so much, instead of showing you the wide variety of which the band can maneuver through in a single track, they intend to overwhelm you with as much brutality as they can. This is by far the most grindcore based the band have ever been, with only one song actually going over the three minute mark. With that being said, this is easily among the best grind I've heard all year, which goes back to my second statement of why I really like the band, the songs. Even though several tracks on here don't even cross a minute in length, the riffs actually stick with you, I can't tell you the last time I remembered the riff in a song that was only thirty-eight seconds long, Furempire is that track by the way. Granted, in the way of variety, you don't get a whole lot, but it's still there (truthfully I don't think Brents could write a single style if he wanted to - and I mean that in good way) and that leads to several bursts of black metal interrupting the high-speed grind. I can't hate song writing that is constantly interesting and unique, hear closer Sturdy Belief In Flimsy Gods, I can only praise it from the rooftops and hope people listen.
I can only commend and give applause to these guys for releasing some of the most intense and rage-inducing music this year, and still make it incredibly memorable. This is a better twenty-one minutes worth of music than some band chock into albums three times as long. Buy this, get it now, before it sells out!
Overall Score: 8
Highlights: Son's Lament, Drink The Rot, You Are Missed, Sturdy Belief In Flimsy Gods
Posted by maskofgojira at 6:17 PM