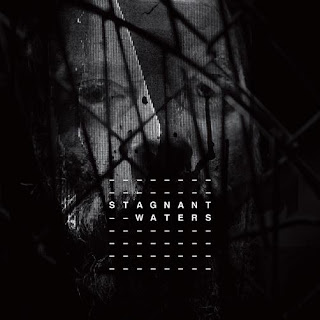 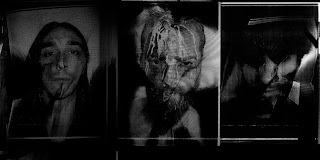 I've been waiting for this album for something like two years now and I'm so happy it's finally here. I knew the band would do something great from the first time I heard their 2009 split with Phlegma, Sea of Abandoned Polaroids, where they delivered just over five minute with two tracks. Finally it's here and I couldn't be more elated.
Ever since I heard that one and a half minute long track called Algea, which is now over four minutes long on here, on the aforementioned split above, I knew this band was something special. The fusion of black metal, electronica, industrial, and jazz was all thrown together into a blender and sliced apart before becoming something far more original and fearsome. Though, knowing what each of the members of the band have come from and done in their other bands and projects, I guess it shouldn't come as such a surprise. Made up from the likes of Camille Giraudeau (Smohalla, Dreams of The Drowned), Aymeric Thomas (Pryapisme), and Svein Egil Hatlevik (Fleurety, Umoral), or Zweizz as some may know him, is almost like a guaranteeing that this was going to be good. Knowing how well each of these guys crafts and blends genres together on their own, doing it together would only raise expectations for how it would sound when they did it together. I also believe that Joey Hopkins (R.I.P.) was also involved with this project early on as well, as I there are some similarities on here with that collaboration he did with Zweizz which was released last year.
Sonically, even though I described the fusion of genres, I don't think that just saying that will give you an accurate portrait of what you're going to hear on here. Each track stands apart from the next in its own way, without making that sound too redundant or hokey. A track like ССАЕР ЦНАПЯЛ ПНОИ ТАТ takes the noir jazz ideas from a group like Bohren & Der Club of Gore and absolutely destroys everything about it by cramming in distorted beats, dissonant riffs, and gang vocals along with the spastic burst of noise every now and then, meanwhile the very next track, Of Salt and Water, is a much more technical black metal track, obviously with some weird symphonic and industrial effects thrown in for additional abstraction, but if works to great effect for even those two tracks to differ so much. I guess it helps the fact that the album, for how creative and unique it is, in some regards even futuristic, it is very raw and noisy as well. This isn't polished to perfection, but left distorted, intense, and very hard to sort through. As almost a counter to that, most of these songs tend to have more atmospheric backdrops that almost underscore all the chaos that the is up top. The last couple of tracks on the album also begin to introduce more melody as well. In some ways I think that the inclusion of more melody does hinder the album because it detracts from the brutal intensity that overwhelms the listener on the first couple of tracks, but I also think that it adds more variety to the album and to the band's sound as a whole.
I know that the whole industrial black metal genre has been around for a while now, and there are a lot of really good and interesting bands doing it their own way. But I can assure you that while Stagnant Waters do share some similarities to some other groups, you will not find another band who sound like them. The fusion of electronics into the black metal is fully integrated, hence the noisy production on both ends of the spectrum. The more jazz-inflected sections are cleaner, and do reflect a more noir-esque style, but it fits well with that background ambiance, and when those harsh beats come in, they feel powerful, they feel somewhat off-putting, and they are interesting. To a certain extent, the production on the beats reminds me a little bit of Deathgrips (yes, the experimental hip-hop outfit) in how abrasive they make their percussive sounds. It's a sound that you will not find in another group, get your fix here.
As I said above, I had been waiting for this album for several years now and it certainly did not disappoint me. If anything, it actually surprised me with the directions that the band explored on several of these tracks and, if only for that, I love the album. Check this out, it's easily one of the most exciting black metal records I've heard all year.
Overall Score: 9
Highlights: Castles, Axolotl, From The Breaking Neck to Infinity
Posted by maskofgojira at 9:03 PM