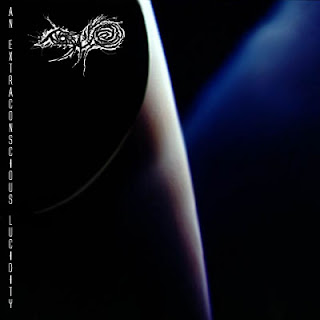 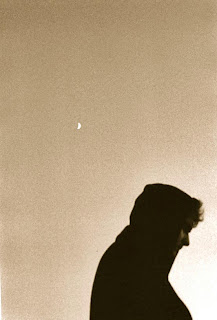 Last year Mare Cognitum released a pretty solid debut album, The Sea Which Has Become Known, which went under a lot of people's radar. I don't know how many people went out of their way to check out the project based on my review for that album, but hopefully a few liked what they found. I can only hope more people do the same based on this review.
After last year's debut which blended traditional black metal intensity with more progressive ideas that showed a project that was rooted in having aggressive riffs while still reaching for something more, this album retreats from the experimental tendencies. Not to say it's devoid of the more progressive ideas or anything, but it is less interested in having ideas in single tracks and would rather have a more cohesive album. The progressive ideas have been moved from including, or experimenting, with different sub-genres into simply having more complex song structures and more revealing forms of atmosphere and ambiance. You'll find that the backdrop of these tracks tends to unfold with every minute that passes by. Despite that, the majority of the album is made up of songs that move quickly, both riff wise and through transitions, as can be heard on Pyre of Ascendance, which is easily one of the more spastic tracks on the album, jumping from one extreme to the next effortlessly, though also somewhat carelessly as well. It's not a bad song, on the contrary actually, I think it's one of the more interesting tracks on the whole album, but it definitely sticks out as the black sheep on here as it does try to do everything a bit less naturally.
I do have to say however that while the sound throughout the album is more consistent than the debut's, the songs are not. There's not a bad song on here, but there were more instances where I did find my attention drifting off or wanting to pause the album and listen to something else for a while before coming back to it, which never happened to me while listening to the debut. A track like Degeneracy Pressure is fine for what it is, but it never stuck with me, never grabbed me in any way that made me take notice of it, and as a result, became utterly forgettable. On the other side of that you have a track like Ergosphere which does everything correctly (in my view of course) where you have an interesting build-up, solid tremolo riffing, atmospheric leads, and powerful melodies. While that's essentially the two ends of the spectrum, for me anyway, you have a track like the closer, Pulses In Extraconscious Lucidity, which sort of encapsulates everything that's both really good and disappointing about the album in one go (though it has to be said that the closer is predominantly good). So as not to give the wrong impression, two-thirds of this album are good tracks, it's just two out of six that kind of fall short in my mind.
I can't help but feel like I was let down by this album a little bit because it didn't hit me as hard as the first album did and it didn't hit me as consistently. It's not a bad album, but I don't think it's quite as powerful as the debut was. Check it out if you want to hear some solidly done black metal, with a foot in the post-bm scene to boot.
Overall Score: 7
Highlights: Collapse Into Essence, Ergosphere
Posted by maskofgojira at 11:25 AM