Here comes part two, more post-metal. I can only hope that you find something interesting in these articles. All of these albums are reviewed from 1-10. 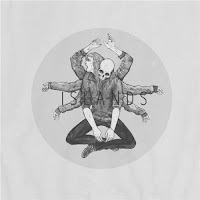 In the worlds of post-metal it's a little surprising that bands don't do more with it. Sure, every band is slightly different, but the majority of bands seem to just settle for being just another bastard offspring of Neurosis or Isis. I checked out Islands because I thought the cover of this release was pretty cool, little did I know that the music was actually a lot better than I expected. This album certainly has all the typical post-metal traits, atmospheric clean sections and sludgy heavy ones, but the riffs on here are actually pretty well done. They has a certain energy to it that gives it this sort of raw charm. Raw in the sense that this doesn't sound terribly layered, but is more what I'd imagine this band sounding like live, but with cleaner production. There are short bursts of feedback on a couple of tracks which actually work into the song, even when it isn't during a traditionally "heavy" section. In addition to that there's also a bit of a post-hardcore kind of thing going on in a couple of spots, especially in the vocal department which I really liked. There's more melody coming in and that's something I do appreciate because there are plenty of bands who put in a little melody during the cleaner moments or at the climax or a track, and it's nice to hear a melody actually having a place in a song that doesn't feel like it was just tacked on. Songs seem to be just as much about melody as they are about mood, which, while it certainly isn't the most original thing for band of this style to do, is something that I definitely appreciate hearing and did make this album stand out among the hundreds of other NeurIsis clones out there.
Overall Score: 8
Highlights: Hand Built View, I, Destoryer 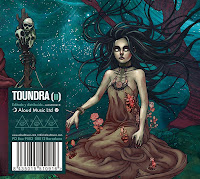 Credit to where it's due, I wouldn't have bothered checking this album out if it wasn't for my good pal (JJJ - you know who you are). This is actually a very impressive album that is far more rocking than a great majority of other records to come out from the whole "post" scenes. Sure, you have the obligatory softer moments, hear Requiem for instance, but it's balanced out with just as many sections that contain some seriously solid heavy rock riffs. The grooves are among the best I've heard on any record to come out of this genre in a long while, and are actually among the best grooves I've heard all of this year. The songs are consistently interesting, always shifting tone at the drop of a hat and taking the right elements of post-rock/metal formula, progressive rock-esque time shifts, sludge metal swagger, and a classic hard rock pension for songwriting. The band even embrace a couple of more symphonic influences as well on a couple of tracks, bringing in some lush strings and piano on a few tracks, if only to just help make the album feel even more diverse from their peers. It's a mix I haven't really heard before and it's a mix that this band does well. In addition to that, this record has some of the best drumming I can recall hearing all year. This is easily one of the best records I've heard in this long list of post-metal albums and I can only hope you do take the time to check this one out.
Overall Score: 9
Highlights: Cielo Negro (Black Sky), Espírita 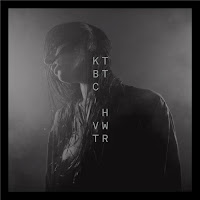 From the little bit I've heard from their 2007 debut EP Vago, Katabatic have apparently decided to embrace some heavier influences. For the few songs I've heard from that EP, the band played a pretty cold and icy style of post-rock that sort of reminded me a bit of a group like Mono, or to a lesser extent Godspeed You! Black Emperor, and while that iciness remains intact for the most part, the band is a lot heavier and demonstrates a lot more "rock" than "post". Personally, I liked the very natural sounding progressions from one track to the next, whether the band intentionally wrote the songs to flow that way or structured them in this way while arranging the album, it really works as an album rather than a collection of songs. This part might just be me, but I thought that the tone of the distorted guitars was pretty solid, they genuinely sounded heavy and weighty, in contrast to the shimmering clean tones, and don't come off sounding overly mechanical or digital. The bass is also warm and has a great thump to it. I think it's an impressive record, maybe not overly adventurous when put in context with other albums from the same genre, but a great place for the band to sort of announce themselves a little more to the public with.
Overall Score: 8
Highlights: Wonder-Room, Anova, Abandónica 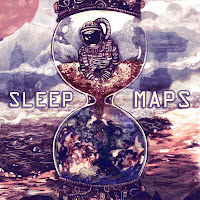 This was a release I was looking forward to covering for quite a while because I thought the cover art was really interesting and the ideas I heard when I first skimmed through it were actually pretty cool sounding. Throughout the five tracks that make up this album, there are actually some really good ideas. I just found myself enjoying this, the sound of it, and atmosphere that hovered just below the instrumentation, the melodies, they just really connected with me. It's a record that makes the most of it's influences (there's a pretty big Pink Floyd influence on here) while still making them sound somewhat fresh. I also dug the black metal influence that popped up on Forbidden Light, as it really stuck out and provided a different vibe to the record that hadn't previously been touched. I really love how in one track, Forbidden Light, they can showcase something of a black metal sound then go into another track, A Greater Fire, which has an extended minimalist section and make it all feel natural. Probably my biggest complaint about this record, and it really isn't that big, is the distortion sound that is used. It just gives off this rough kind of noise that doesn't really need to be there for this record to sound good. One aspect of the band that I could see turning some people off is their use of samples instead of vocals in songs. Personally, it worked for me, but it might not for some other people. It's a great record and I am really looking forward to what these guys put out next. Definitely check this out if you enjoy any variation on the "post" sound (rock, metal, black metal, etc.), you'll dig this.
Overall Score: 9
Highlights: The Eternal Wanderer, Forbidden Light 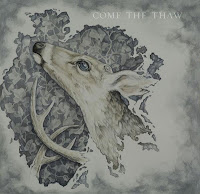 Ok, maybe one could debate that this isn't really a "metal" album, but there are certainly a few heavier moments on this album, which I was actually surprised to find that this was softer record than the band's debut. It's a morose sounding record, not really all that dark, but very dreary and dour in tone. It's not really the sort of record that builds and builds until a climax, in the sense that you get a big, somewhat grandiose climax anyway, but rather steadily rise to a point of escalation before gently falling back down. I know a lot of people are going to hate this comparison, but when I was listening to this album, the picture that appeared in my head was the scene of Jack (Leonardo DiCaprio) falling into the dark sea at the end of Titanic. It's just made me think of someone slowly falling into the abyss, or ocean in that picture, and accepting their fate. Having said that, this is very much a mood album, as there have been times when I've really enjoyed listening to it, while other times I'm just bored out of my mind and nearly falling asleep to it. It's very slow and I really can't think of a part on the album where any sort of tension really appeared to build into a more heightened sense of mood. There were builds for sure, but the overall vibe of the album never really changed, which did prove to be quite boring during certain listens. Overall, the record is fine, but I really have to be in the right state of mind to enjoy it.
Overall Score: 7
Highlights: Further Out, Withered 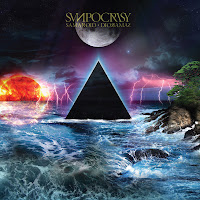 Way back when I originally found this record on a blog, I was pretty interested in covering it. Then life and other things got in the way, and this is where it finally winds up. Sonically, Sunpocrisy have a sound that is quite distinct, I don't know if I'd go so far as to say it's original, but there are glimmers of huge potential and what the band may accomplish later in their career all throughout this record. In the realms of post-metal however, I'd say that the band's greatest comparison is that of the UK's own The Ocean. Granted, you'll have to thrown in a bit of Meshuggah and Opeth into the equation as well, but these guys do have a similar sense of grandiose composition, only without all the additional instrumentation from a backing orchestra. Having said that, I think this album is far more consistent than either of the albums The Ocean had released back in 2010, with almost every track seeming to dive into a similar pool (sound/style), but taking various avenues and emerging out of a different pool all together. While I wasn't overly crazy about the band placing, essentially, two interludes right next to each other in the middle of the album, I think that the five actual songs they deliver are really solid and attention capturing for a majority of the time (Samaroid/Dioramas went into a sort of breakdown section that I didn't particularly care for). Aside from those small flaws, it's a really great debut album and I look forward to hearing more from these guys in the future.
Overall Score: 8.5
Highlights: Apophenia, Samaroid, Dioramas
Posted by maskofgojira at 1:41 PM