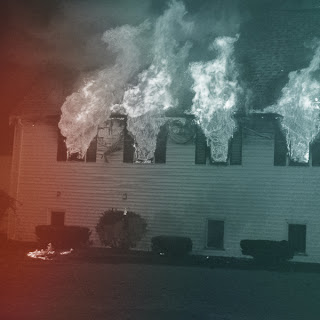 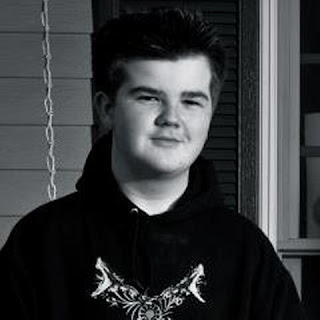 I've been aware of Mackenzie Keefe (aka Mackasaur) for a few years now back when he was reviewing albums no Youtube and have kept up with his solo endeavors for a little while as well. From what I understand, the idea for this project has been around for a little while and was only expanded upon later this year. Based on his tastes, I was interested in what this album was going to sound like.
From listening to Keefe's solo ventures before it's rather interesting to hear the progression from one release to the next. From the psychedelic popgaze of his Strange Enough single to the melancholic acoustic tunes on the Companion EP and into the harder edge of this album, every release is different, and I have to give him props, if only, for that. While this isn't the heaviest stuff out there, it's a pretty unique blend of shoegaze textures, metallic heaviness, grunge melodies, and the melancholy that persisted on his acoustic EP all blend together into a strange fusion. I mean, I heard nods to the likes of Deftones, The Smashing Pumpkings, My Bloody Valentine, just to name a few and that fusion is quite different. Personally, while I'm not a huge Smashing Pumpkins fan, I do think they have a few decent tracks, and I think that Keefe does do an admirable job at blending various styles together into something that is refreshing and different. Since this album is quite the departure from his other material though, as I just said, his influences are essentially worn on his sleeve so some of the ideas on here do come a bit too close to some groups more than I would particularly like. It's not going to be for everyone, but it's got charisma and personality, which is something that plenty of other more respected groups have less of.
I have to say that Keefe does have a solid grasp at songwriting and structuring though. He knows how to write songs that are exactly the right length and never overstay their welcome, which I know is something that people might just gloss over, but it's important to know when a song is long enough, and there are dozens of artists and groups out there who don't know how to do that. In terms of structuring though, what I'm referring to is how the album is put together. This is a pretty heavy and noisy album, but there are a couple of more stripped down acoustic pieces that break up those heavier moments. Having said that, I can't forget that those acoustic breaks are still raw and lo-fi, with plenty of feedback and speaker busting noise, hear Decay for a good example of such. Despite the Keefe's voice may not be for everyone, and that may be the deciding factor for some people, because his voice can be a bit monotone in spots (whether that was intentional or not, I'm not sure). His voice really calls back to those early 90s grunge and noise rock bands, and I know that's not for everyone and it does take a little while to get into. Regardless of that though, I think he has a really powerful screaming voice. When he chooses to use it, it really feels passionate and angry, hear Struggle With Permanence for a great example of such, and I sort of wish he had written more songs to use it in, or just used it in other songs on here.
There is some really great songwriting on here that is, believe it or not, among the best I've heard this year, but I can't say the entire album is always at that level. A majority of what's on here is really good and inspiring stuff, but some of it just isn't for me. If you have an interest in heavy grunge or noise inspired rock or metal, take a shot on this, you're not going to hear anything else like it this year.
Overall Score: 8.5
Highlights: Same Time Tomorrow, Dreamscape, The Underbelly
Posted by maskofgojira at 6:57 PM