Like with part one, these are all progressive metal albums, though these are probably a bit more on the underground side of the genre with most being debut releases from newer groups. Once again, all of them are reviewed from 1-10. 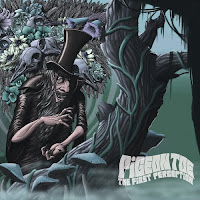 I somehow doubt a lot of people know about this album, but while I didn't know this when I first got it, it did feature Martin Fischer on vocals. Now, I know quite a few people might not know who he is, but he did vocals on the last album for German melo-death metal Fear My Thoughts, Isolation, which was not all that well received, but which I thought was actually a pretty good album. Incidentally, a few other members from FMT are also in this band as well and so I guess it would make sense that this album picks up where that last FMT album left off. What you get isn't catchy melo-death but more moody and progressive hard rock/semi-metal tracks that are well crafted and performed. It's a really cool blend of old-school psychedelic hard rock and more modern metallic edge that results in a good sounding record (I'm talking only about the sound of it, not what the musicians are playing in this case). I really just enjoyed how the record sort of balanced being fun and quirky with more typical and "serious" prog-metal/rock parts. The band did take a risk by making about half the tracks on here, maybe it's closer to a third actually, instrumental, but seeing how the entire record sort of runs together as a single piece, it shouldn't throw too many listeners off. I think it's a very ambitious first release and very promising of things to come in the future for the band. The last track in particular, The Flashback, is hopefully an indication of where the band might go in the future, as the flirtations with bluegrass and flamenco guitar playing in it certainly does bode well if they continue to work with it. Definitely check this out if you're a fan of progressive metal and rock, you will not be disappointed by this.
Overall Score: 8
Highlights: Sneak, The Man With The Cat, A Broken Man 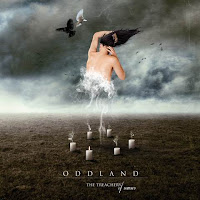 When I first heard of this group several months ago, they were described, rather well I might add, as Pain of Salvation with Meshuggah's rhythm section. It might sound a bit odd but it does work. The band play in a way that is a bit more rhythmic than your typical prog-metal group while still making room for interesting and technical guitar work that is more akin to PoS's more accent based than leading, or at least that's how I've always viewed it. While vocalist/guitarist Sakari Ojanen does remind me most of the time of Daniel Gildenlöw, I also thought of vocalists like Tomi Joutsen (Amorphis) and Tuomas Tuominen (The Man-Eating Tree) at times as well. What was weird about this album to me, is that when I first got it and put it onto my computer, I skimmed through it, as I do with most albums before I actually listen to them, it came across as this pretty mellow album. Now, maybe I just picked the softer songs by chance, but when I was actually listening to it, it turned into a much heavier beast than I expected (but don't expect a super crushing guitar tone though). I do think that another PoS comparison is in the way the bass is used on here, it's very funky, something I'm always welcome to hearing on an album, and it does give the album sort of bounce that really allows you to bob your head or tap your foot to the grooves being played. I think it's a really solid debut full-length from this up and coming prog metal group, and I'm sure they have a long and bright future ahead of them.
Overall Score: 8
Highlights: Above and Beyond, Aisle of Array, Ire 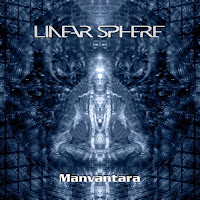 I didn't realize it had been eight years since Linear Sphere put out an album when I first saw this. I remembered the band right away because their debut, 2004's Reality Dysfunction, was quite the treat when I found it. Luckily, the band haven't changed too much in these eight years and if anything have removed some of the more extreme parts of their sound and replaced them with a more eccentric one. There's less of a death metal influence on here and the band have taken their influence from the likes of Cynic and Spiral Architect to the next level. As you can probably imagine based on comparisons to those two groups, this is pretty technical stuff that owes just as much of a debt to fusion as it does to metal. Having said that, I realize that there will be people who find this album to be rather pretentious and maybe even overly quirky in the vocal department. There's a whole concept about the beginning and evolution of life on here and the vocals just sort of bounce all over the place, which I know is enough to annoy some people. Musically, it isn't nearly as wild, though it's still technical enough for some people to hate it for assuming it to be overly technical. Probably the aspect I enjoyed the most about the entire record was the fact that the bass was present and audible throughout, not a moment passed where I didn't hear the bass doing something worth hearing, and that gets major points in my book. I think it's a really interesting record that is certainly worth your time if you want to hear some pretty forward thinking and original progressive metal.
Overall Score: 8.5
Highlights: Cycle of Ages, Reset Realign 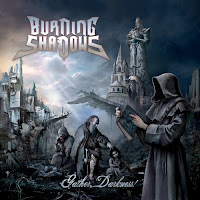 As many who come to this blog will know, I don't typically cover the sort of albums that could be lumped into the power metal genre. I was surprised as anyone when I was sent this album, but since I was doing this list of prog-metal, I figured I'd throw it in because it had some more progressive elements in its structure and riffs. Musically, this is pretty standard stuff, nothing mind blowing or anything, you have the stereotypical Iron Maiden gallops, Manowar gang choruses, and Candlemass grandiose ambition and storytelling. I actually think that, despite how unoriginal the music is, it's actually pretty solid. Nothing you couldn't get from any other revival band, but the riffs are simplistic and catchy and I think the drumming does a great job at keeping things interesting through some well judged rhythms. Then there are the vocals, which I have more of a mixed reaction towards. At certain points I think that the vocals fit, like when they're doing a more monotone and almost deadpan delivery of rather cheesy lyrics, Intra Vires, he can pull it off, but then there are other tracks where he just sounds terribly contrived and unconvincing, The Witchmark. Granted, about half of the album is instrumental anyway, so if you weren't really feeling him like I was on some occasions, at least the music would eventually take over. It's all well and good, if you're into this sort of stuff check it out, otherwise you might want to skip over this one.
Overall Score: 7
Highlights: Intra Vires, Man From Myth, Abandonment 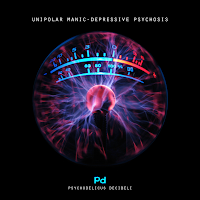 I'd like to think that scouring through Bandcamp once in a while is worth while as I'll occasionally find a band that's interesting, this album came from one of those searches. The mixture of psychedelic sludge tempos, industrial rhythms, and progressive riffs and song structures is actually pretty refreshing sounding. I'm not sure if you could call it original, but the album does have a sound that I can't say I heard this year. I think that with this being the debut for the group, they are still working out some of the kinks in their sound, so you do get tracks that are just sort of meh, while others are actually quite good and well done. The band blend the elements of the above style with care so to not really allow one to really overwhelm the others and the result is a strangely cerebral and mechanical sounding psyche-metal record. You have these spacey guitar riffs over tinny drums and woody bass sounds (hopefully that's an accurate description for you) and it might sound bizarre written out but it works. I do think that the weakest link for the band, at least on here, are the vocals. Now, I don't mean that the vocals are bad, for the majority of the record they fit very well and are actually really well done, but when the vocalist attempts to drop into a growl, he just sounds really hoarse and is not all that pleasing to listen to, honestly. By the end of it I can say with certainty that I was impressed. There are still some loose ends that need to be tightened up, but these guys have a very solid foundation to start on.
Overall Score: 7.5
Highlights: Krawl Back Forth, Regrets Renewal, Never The Same
Posted by maskofgojira at 6:17 PM