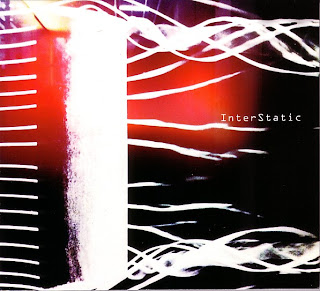 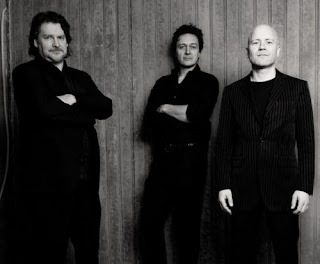 Fusion is a genre that, for me, was at it's best in the 70s (though that's when many genre's were at their peek). Sure, there have been plenty of great players who've done great things for the genre since then, but very few of those do I have any interest in. Seeing as this is InterStatic's debut album, I wasn't sure what brand of fusion this was going to be coming in.
Let me just say that coming into this album, I was a little nervous because modern fusion is very similar to modern jazz in the sense that you'll hear both in the background when you're in the mall. Not necessarily a bad thing mind you, sometimes those tracks are quite enjoyable, but it really tends to be more background music than anything else. While this album does have that sort of modern shine to it that does make it perfectly fit to that market, it is too adventurous to really sit in the background. I don't know if the trio here takes much from the groups and artists that I enjoy (Weather Report, Return to Forever, Herbie Hancock to name a few) but unlike a lot of that very bland modern jazz fusion, these guys delve into moments of psychedelia that never veers too far into the realms of simply improvisational wankery. There are some really expansive moments on here where each player is actually restraining themselves and doing very little, but it just creates this trippy vibe that is pure psychedelia, hear Flatland 1. I'm not sure how much of this was improvised, but these guys certainly know how to hone in on some really spectacular energies and channel them into really melodic and catchy melodies, which is something I don't take lightly in this style of music.
Despite my aversion towards the production sound on here, I can't deny the atmosphere that's on display in nearly every one of these songs. Sure, there are a couple of tracks on here where it's just sort of there and I don't think it's really anything special, opener Stills for example, but as the album progresses, that becomes less and less of the case. Tracks begin to feel less restrained and more jam-like in structure while falling into and out of his trippy haze. Water Music is possibly one of the most grabbing tracks on here, sounding like classic psychedelic folk in the time between the 70s (when it was still great) and the 80s (when it got really cheesy). It's a very mellow track, it made me think of a lullaby actually, which is possibly why I was drawn to it over almost any other track on the entire disc. The room ambiance is just fantastic, in my opinion anyway, because I like this spacious sort of sound in recordings. The drums just sound huge, but are never overwhelming the organ or guitar, but seem to almost always be on the verge of chaos, once again, adding to that psychedelic atmosphere. It's hard for me to think of anything that would enhance the band's style, because there isn't actually anything wrong about this album (except for the sterile production - which is probably just me), but I think if the band ever wanted to just extend their material into even longer jams, they could pull it off based on I've heard on here.
While the production on here is fine, I think that it does sort of hinder the band in that it doesn't really stand out too much from other records in their "genre". Musically, it's really engaging and interesting, something that I can't say for a lot of modern jazz fusion. If you're a fan of the style, definitely check it out, you're not going to be disappointed.
Overall Score: 8.5
Highlights: Washed Up, InterStatic, Water Music
Posted by maskofgojira at 9:01 PM