I know a that this probably isn't the sort of thing that most people who come to this blog for, but there have been several releases from the genre this year from groups that I either like, liked, or thought were interesting. Hopefully you find something in either of these lists that interests you. All of these albums are reviewed from 1-10. 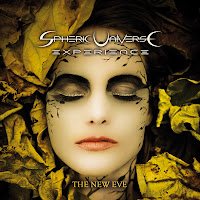 Starting things off is the somewhat underappreciated French prog-metallers, Spheric Universe Experience. I have to say that while I've never been the biggest fan of theirs, I have enjoyed their three previous full-lengths enough to put them on from time to time. Now, in the past, what it's always sounded like to me is that the band have really wanted to be more modern version of Dream Theater, with vocalist Franck Garcia really pulling a James LaBrie on the band's last album, 2009's Unreal, but that is not what I'm hearing on this new album at all. I don't really know what the band was going for on here but it just isn't clicking in the way it should. I don't have a problem with short songs, it's a little weird for a prog metal band like this to not have a song that tops seven minutes but, maybe that's just me, it really feels like the band is trying to turn themselves into something more modern and "mainstream". There are a couple of tracks on here where the band still show flairs of their older side, but it's a much more modern approach to songwriting on here that I don't think works. The title-track comes across as a rather bland attempt to cash in on the whole tech-metal/djent sound while Angels attempts to be this sort of uplifting power-ballad, but sounds incredibly trite and unoriginal in its execution. Not every track is a failed attempt at trying to appeal to a more modern audience though, I thought a track like The Day I Died actually mixed together some pretty solid instrumental ideas with some nice vocal melodies. Unfortunately I do consider this album to be more of a miss than a hit when looking at the whole thing and not individual tracks.
Overall Score: 6.5
Highlights: Escape, The Day I Died, My Heart On The Cross 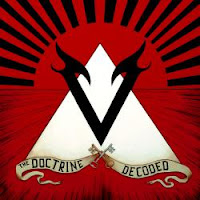 Honestly, I've never been a huge fan of Loch Vostok; and it's not for lack of trying on my part. I remember back in 2009 when they released Reveal No Secrets, I really tried to like that album, but nothing stuck with me. I had kind of given up trying by the time they put out Dystopium last year. When I was sent this album, I was originally not going to cover it and just sort of let it fall to the wayside, but since I was doing this list I figured I'd give it a go anyway. Surprisingly, I was really impressed with it. This is a very modern sounding progressive metal album, which really shocked me when I first listened to it. Yes, this band is certainly still rooted in old-school prog-metal like Dream Theater and Queensrÿche, especially in the vocal department, but throughout the record the band show clear influences coming from melodic-death, black, doom, and thrash, and they're mixed very well into the group's sound. I know that the band have been working towards this sort of sound for a while, but it sounds really good on here. To an extent, this album actually reminded me of all the good elements I liked from a group called Into Eternity for. They combine various metal styles together into catchy songs, except that this album is not overproduced to the point of annoyance, I was really reminded of this on a track like Citizen Cain. There's a strong presence of melody through while aggression tends to usually be on the up, there are obviously some rather well executed downs scattered throughout. Since I can't say I'm the biggest fan of the band, I don't know how much you could read into this, but it's the first of their albums I've been able to get into, and I regard that as a success.
Overall Score: 8
Highlights: Seeker, Ravenous, Beyond The Obvious 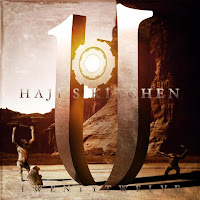 Ok, I don't know how many people are familiar with Haji's Kitchen because one could just as easily associate them with the groove and nu metal scene of the 90s as with the progressive metal scene from the early 2000s. Their two previous albums were released several years ago, with the self-titled debut coming out way back in 1995 and it's follow-up, Sucker Punch, in 2001, and now this one. I'm going to be very blunt here and say that if vocalist Dan Tompkins (ex-TesseracT) wasn't on here, I probably wouldn't have given this album the time of day. With that being said, I'll actually start talking about the album. If you have any qualms with the early releases from groups like Drowning Pool or Disturbed, some of the tracks on here might prove irksome to you, though it has to be said that these songs are far more interesting and progressive than the majority of albums released by either of those bands. This does have that very early 2000s groove/alt. metal sound to it though so tracks like Day After Day or did contain a certain nostalgic quality that I found appealing since that's the sort of stuff I first listened to when I was getting into heavier metal bands (I say that because all I listened to before that was my dad's power metal). Most of the songs on here are pretty straightforward, with the exception of closing instrumental Sidhartha, but I do think that without a vocalist of Tompkins' caliber on the other tracks that these songs probably wouldn't have the power they do now.
Overall Score: 7.5
Highlights: Day After Day, Notch, Sidhartha 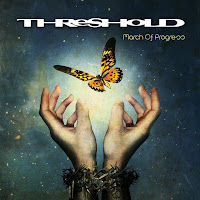 It seems only fitting that after the departure of vocalist Andrew McDermott after 2007's Dead Reckoning, that original vocalist Damian Wilson would return for the second time to the band. From what I had read and heard, that album proved to be the band's most successful album, both critically and commercially, up to that point. It had a much heavier edge than their previous albums, and it's quite easy to see why they tried to bring that over when writing/recording this album. Now, I don't know if it was just me, but it did feel like the first half of the album had the songs that were more single-ish, in that they were more straightforward and accessible to a regular metal or rock fan, while the second half was more progressive. Though some of the songs on the second half were shorter, they felt like they went through more dynamic shifts than most of what was on the first half, maybe it was just me who thought that. The first half isn't bad, but the songs are more forgettable in my opinion, while the longer tracks like The Hours or Don't Look Down have choruses that just soar. I'd also say that tracks like neo-prog inflected That's Why We Came and the modern groove of Coda really have a bigger impact thanks to them breaking up more epic prog-metal tracks instead of hitting you with one metal track after the next in succession. But, like I said, that might just be me. In the end, while I believe the album is a bit slanted in its structure, I didn't dislike any track and I think it's a solid return for the band.
Overall Score: 8
Highlights: Return of The Thought Police, The Hours, Don't Look Down 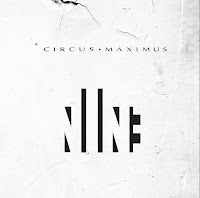 I haven't been particularly a huge fan of Circus Maximus in the past only because of vocalist Michael Eriksen's needless use of his higher range. He's not a bad singer, but overuse of those power metal cries can prove to be quite grating. Luckily, for this album, he's reigned in his performance and delivered a great performance. Musically, these guys have always sort of seemed like a younger Dream Theater to me, though not as focused no long winded instrumental solos and more song based. As with their previous two albums, they balance longer prog-metal tracks with shorter ones that are more straightforward and sound more like singles. I didn't come into this album really expecting a whole lot, as I wasn't the biggest fan of the band before, but I was really impressed with what the band did on here. It's a more melodic record, not overly progressive, but just enough to justify the lengths of those longer tracks. Having said that, I never felt that the band ever moved into territory that was reminiscent of power metal, which I think of as a positive. However, it does have to be said that this is not all that dark a record, there are a few tracks that are slightly darker and edgy, but chances are if you listen to any of the other records on these lists, you'll find a darker record than this one. I can't call that a fault though when the band pump out catchy song after catchy song on here.
Overall Score: 8.5
Highlights: Architect of Fortune, Reach Within, Burn After Reading 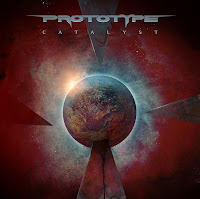 It's been six years since Prototype put out a record. I think that the band were still active, in some way, during those six years as well, so it's not as if they had broken up. In that span of time, progressive metal (or various sub-genres of it anyway) has not only come back in style but it's apparently given the band some new inspiration. Though the sound of the band is still firmly rooted in the ideas founded by groups like Fates Warning and Mekong Delta, it has that more modern fusion inflection that I don't remember them having in their first two albums. What the selling point to this album is in the band's ability to convey that old-school progressive thrash sound into songs that are readily appealing to a younger generation of prog-metal fans who might have more of an interest in groups like Cynic or Scarve (though that might still be a bit obscure). When I say Cynic, I am referencing Focus-era Cynic, you have the occasional death growl on a few tracks, but the biggest comparison comes in the fluid, jazzy bass lines that are littered throughout, which is something I always enjoy hearing. Nevertheless, this album does have a pretty big flaw - the production. This album sounds incredibly dated, which is something I hate to say because the music itself could appeal to so many people who enjoy progressive music, but a production job like this could turn away some potential fans who enjoy more of a cleaner and modern sounding production. In the end I think that this is actually a really solid album, it's just hindered by a poor production job.
Overall Score: 8
Highlights: The Chosen Ones, Into Oblivion, Gravity Well
Posted by maskofgojira at 2:15 PM