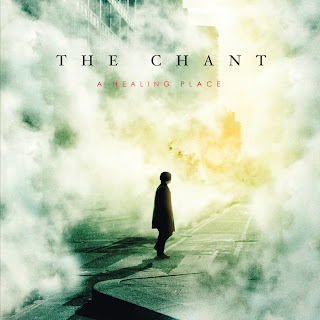 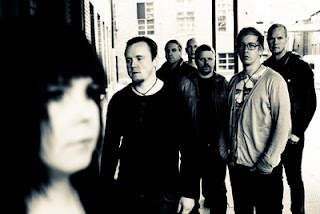 As some will have rightly assumed, I enjoy a good amount of ambient based rock music. Sure, it's more of an occasional enjoyment, not something I listen to all the time, but when I'm in the mood for it, I like to be entertained. I'm pretty sure I've heard The Chant referenced in some other reviews or have probably seen reviews for one of their previous albums but this will have been the first time I can recall actually listening to them.
It should go without saying that this is an album that isn't going to please you if you're looking for a fun or weird record, to an extent, I'd even say a serious record. For me, this is more of a relaxing record. It's not overly aggressive or soft, though it does tend to lean more on the latter of the two, but strikes for something near the middle. Yes, you have distorted guitars, but as the tag of "ambient rock" would tell you, it's not going to be used to blast you into submission. The band do tend to favor the post-rock aesthetic for writing on here, gradually introducing more intensity into a song, like the opener Outlines for example, before finishing it in spectacular fashion by breaking it back down. Yes, this is an album with a couple ballads that do break that structure and tend to favor more of a standard quiet-loud-quiet-loud format instead, which works just as well in those instances.
Despite how morose and even melancholic this album can be, I actually found it to be strangely uplifting. The atmosphere on almost every track is pretty bright and open sounding, though it's nowhere near as overpowering as I felt it could have been. It's very amorphous in some ways because it can be quite cold sounding on a track like The Black Corner, while being much more sunny and warm on another track like Ocean Speaks. I think that, for me anyway, the dichotomy between the more upbeat tracks that were warm and the darker songs that felt more melancholic did strike me as a bit unbalanced. Sure both sides are pretty strong in their own respects, but the album did begin to feel just a little schizophrenic for my own tastes (and this is coming from the guy who loves schizo bands). I feel like the album would have flowed so much better if the brighter sounding tracks were either at the beginning and the darker ones closed out the album, or even the other way around, but they way they're mixed together just sort of threw me off.
It's not a masterpiece, but for the sort of album that it is, it is enjoyable. While the dichotomous nature in the album's structure is a bit jarring, I think the songs themselves stand up. If you're a fan of more atmospheric rock, this is definitely worth a listen.
Overall Score: 7.5
Highlights: Spectral Light, The Black Corner, My Kin
Posted by maskofgojira at 10:46 AM