I've been meaning to cover both of these albums for a little while now and after assessing a couple of other albums to possibly post with them, going back and forth between several ideas, but wound up with what lies below. Both reviewed from 1-10. 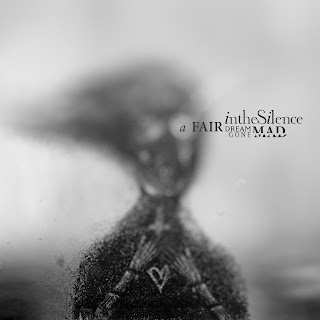 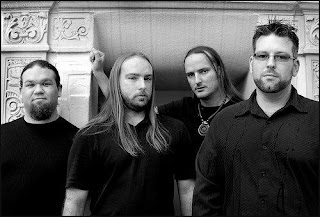 It's almost surprising to me how much a group like Katatonia has influenced the modern metal landscape seeing how almost unfashionable it was to like them in the early 2000s (not that I even knew about the band at that time). More and more bands are embracing that atmospheric form of metal and it's actually becoming somewhat popular now. I just happened to stumble across In The Silence a few weeks back and thought the cover was pretty cool and the music was even better.
Now, I was not all that impressed with the most recent Katatonia album, Dead End Kings, and was left really disappointed by it, and I am aware that my opinion was in the minority, but in turn, I think it left me open to this album. Sonically, In The Silence owe a great deal of their sound to the likes of Katatonia, as well as Anathema and Porcupine Tree, but specifically on Katatonia for the melancholic atmospheres, dreamy vocal phrasings, and more rhythmic heavy parts, and they really take the sound and run with it. In some cases, I would probably tell you that it's just a rip-off, but surprisingly, ITS take those influences and craft an album of great songs. The soft sections are quiet and dreamy while the heavy ones are just that, heavy; and the choruses just soar. I think it's important to establish that the band did a good job structuring the album out, track-wise, as the first two songs really kind of give you a feel for what they're doing sonically and a nice idea of the influences they draw from while the rest of the album then proceeds to expand on those influences through various means. Whether it's the more proggy middle section on Serenity or the My Dying Bridge-esque ballad Beneath These Falling Leaves, the band move from sounding like a one-track pony, though an enjoyable one-track pony, into a far more exciting and enjoyable beast. Each track is just different enough to stop the album from running together, and I found a hard time really finding anything I didn't really like about it. Sure, there are a few tracks that aren't as strong as others, but even those songs are still ear-catching, so I don't have a huge problem with it.
I hate to keep referencing Katatonia in this review, but this album is everything I wish Dead End Kings was, interesting, emotionally engaging, and catchy. It's an album I really hope people check out (regardless of their opinions on the new Katatonia album) because this is a really well crafted debut. The future is wide open and it's great to hear a band like this make use of their influences while carving out their own personality so early on in their career.
Overall Score: 8.5
Highlights: Ever Closer, Serenity, Endless Sea 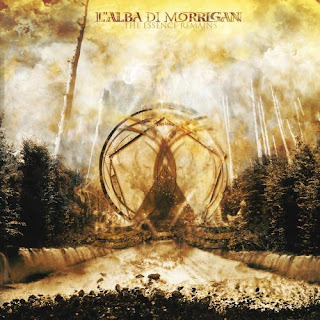 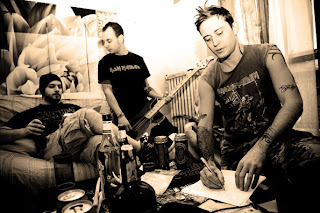 When I go around scouring blogs and news sites for new albums coming out, obviously I look through various genres. For some reason this album came up in the alternative metal category, something which caught my attention since I was in a very Anathema mood at the time. Decided to give this a shot.
I think that my frame of reference, Anathema, was correct in leading me to this album because these guys definitely have a similar sense of atmosphere and melody, though it isn't quite as arty. These guys have more rock in them than Anathema have shown in many years, or I guess, it'd be better to say that these guys use more distortion. The entire thing is covered in that huge sounding ambiance that is warm and calming, but also a bit melancholic as well, that any fan of post-rock will be familiar with. As the album progresses, I began to hear more and more of a mid-period Katatonia vibe, sort of Last Fair Deal Gone Down-ish in some ways, hear Holy Mountain I (The Alkemist's Frode) or the closing title-track, and even though that's not my favorite era of Katatonia, it's a sound that I don't often hear other bands recalling too often, so I did view it as a treat. I have to compliment the production job on the heavier tracks as well because the bass actually comes out and impresses, whereas during the more mellow and clean sections it just sort of falls to the wayside for the majority of the time. With all that being said, this album is just meh in a lot of spots. There was never a bad moment on here, but there were far too many forgettable ones where tracks just fell into the background and remained there until another, more interesting, song started.
I wish I could be more positive about this album, but unfortunately it just didn't stick with me after it finished. The band certainly have talent and could certainly go far depending on how they choose to expand their sound on future albums. If you're a fan of the most atmospheric sides of rock and metal, I'd say to give this a shot.
Overall Score: 7
Highlights: The Fairies Circle, Silence, The Essence Remains
Posted by maskofgojira at 10:03 PM