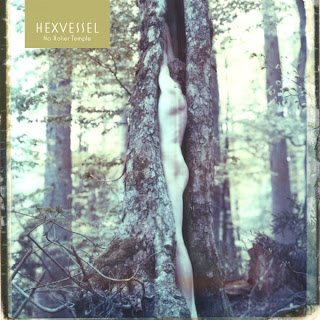 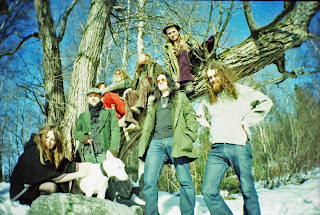 As I said in my review for last year's Dawnbearer album, I am a big fan of Kvohst. Ever since I first heard him on Code's Nouveau Gloaming and have been a fan and have followed him through every project and band he's participated with. I still think it's a shame that he quit most of his metal bands/projects but I can't say that the quality of his material has deteriorated in this style shift (if you wish to call it one).
I'll just say this right up front (as after now I won't mention it), I still think it's a shame that Kvohst has abandoned most of his metal projects and I can only hope that he does continue to work with the few he's still listed as a member of. Moving swiftly on from that to this record. I was a big fan of last year's Dawnbearer record and thought it was a great occult folk record that had some really fantastic songwriting and well developed ideas. It's just a little surprising as to how much of a throwback this new record is compared to what I actually thought was a pretty contemporary sounding debut record. This one really recalls old-school 60s and 70s psychedelic and acid folk, as well as some nice psychedelic rock as well at times, but listening to Wood to Conjure, I was just in a state of wow, those trumpets really fit in fantastically. In the press notes they make reference to the works of Miles Davis, and while I certainly understand them putting that in there, it's nowhere near as experimental or jazzy as any of his works. Using horns in this genre isn't huge, but it's certainly been done in the past before. Having said that, as someone who is not huge on the sound of brass instruments, the way they were used in here was just great.
Looking back at Dawnbearer, for what it was, I now see it as more of a foundational record. The songs and ideas present on that record were short and concise pieces, they really took that 60s and 70s version of psychedelic folk music and made it something that sounded authentic and modern. This new record, while sounding far more retro, benefits from that first album acting as more of a stepping stone before diving into this more traditional (for the genre) sound. A couple of tracks on here top the seven minute mark, only one track from the debut crossed over five minutes, and that should give you some indication of how some of these songs differ in approach. Sure, you have shorter pieces, to which they are more like interludes featuring spoken word, though no expense has been paid to making those interludes as interesting as the regular tracks. The variety of instruments used on here is just amazing, and great, especially considering how many folk acts (or folk metal/rock acts) rely on using the same instruments over and over again to the point of redundancy (maybe it's just me who gets annoyed by that, but whatever). That is no such problem on here as everything from background noise and found sounds to additional percussion, accordions, and fender rhodes piano, among others, can be found in these songs, and they happen to be used to great effect.
I can't help but love how these songs utilize everything from the range of instruments to the various style explorations in each track. When the band decide to just play a straight-up acid folk tune, A Letter In Birch Bark, they'll do it, and they'll do it well, when they feel the need to go off a a small krautrock groove, Sacred Marriage, they'll damn well do, and when they decide to go into full-on psychedelic head-trip mode, Unseen Sun, they'll make you envious when they smack you down with how well they do it. It's also worth saying that when the band do a cover, they'll make it their own. Closer, Your Head Is Reeling, originally done by Ultimate Spinach, is far less of a psychedelic trip as the band has fixed the problems that plagued the original (namely the production) and made it just as catchy, if not more so. The songwriting has only been heightened from the debut, with melodies becoming even more infectious, though that might not be the best way to describe this record, and ideas blooming forth into songs that are beautiful and melancholic.
It's a great record, and while I sort of wish there were more "actual" songs on here, I can't fault it for trying something a little different with the flow of a record. Kvohst has yet to disappoint me, and this is no exception. Definitely check this record out, you're more than likely going to see this on several end of the year lists come December.
Overall Score: 9
Highlights: Woods to Conjure, His Portal Tomb, Unseen Sun
Posted by maskofgojira at 7:03 AM