I know I'm kind of just lumping together a bunch of releases that are debatably related stylistically, but it's an easy way to mention a bunch of smaller groups in the same review as some bigger releases from this year. Hopefully you'll find something interesting in here. Demos rated from 1-6, EPs rated from 1-8, and full-lengths from 1-10. 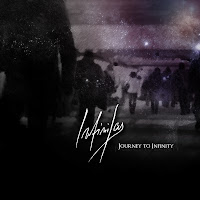 For those who thought that all the great depressive black metal bands have either past their prime or that there were no interesting bands out there, I dare you to check out this album. If you happen to not enjoy that genre, I don't think this album will change your mind, but I think that it might impact how you view it in the long run. A lot of the ideas present on this album come from blackgaze, post-rock, dsbm, and ambient music, but they aren't rehashed or half-assed songs and repetitive ideas like so many other groups and project have demonstrated. The ambient tracks actually really surprised me with how well developed they were, since some of them are quite long, A Dream About The Loneliness of Aimless Travel is over eight minutes, I was expecting to dread them, but they were actually pretty enjoyable, if not a bit cliché. I did find it sort of funny that all the tracks with English titles were ambient interludes though. The metal bits are a bit more hit-and-miss, at least for me. Instrumentally, the elements I mentioned above all work together to forge a sound that is very much in the vein of groups like Heretoir or Dopamine, so you have melancholic clean guitar passages mixed with blasting metal ones that fuse the post-rock and black metal styles with your standard dsbm howls. I think the result for this release has turned out better than a lot of other groups doing similar things, but it's by no means a perfect release or fusion of those ideas.
Overall Score: 7
Highlights: Auf Neuen Wegen, Nur Die Erinnerung, Ein Hauch Von Ewigkeit 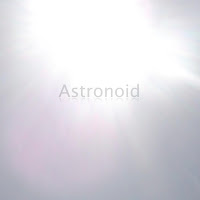 I have to say, I was a bit skeptical of this release when I first heard about it through the grapevine. It was being compared to Alcest, and I'm sure I'm not the only one who's come to view that with at least a little cynicism, especially since I wasn't the biggest fan of the most recent Alcest album. This was surprisingly well done. It really shocked me because it was a little bit different from what I had expected, which is good. I harped on the latest Alcest album because I thought it was too bright, there was almost no contrast on the record, and when it comes to this album, all I can say is that there's more contrast in each of these tracks than there was on the entirety of Les Voyages De L'Âme. The fusion of post-rock dynamics, metallic distortion, and ambient backdrops isn't an original fusion anymore, but both these tracks have personality and something interesting about them that make them worth returning to over and over again. I'd say this is closer to that Vaura album that was released earlier this year than to Alcest actually (since it only just hit me).
Overall Score: 7.5
Highlights: Astronoid 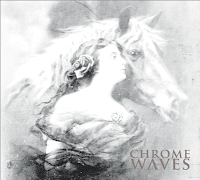 Maybe it's just me, but I thought it was a bit strange when I first heard about a post-rock inflected black metal band featuring members of Wolvhammer, The Atlas Moth, and Apostle of Solitude. I wasn't even aware of that fact until I had already listened to the album one time through, but boy did that raise my eyebrows. I'm happy to say that I didn't know that coming in because I feel like that might have made my view towards this a little more cynical, but as a result I found myself really enjoying this before knowing any of the background details. This is post-black metal with post-rock that doesn't so much overpower the black metal part of the band, but works with it. Sure, you have your calmer moments, but this isn't the style that's become the norm, it isn't an original sound mind you, but it's a sound that is less popular. Nonetheless, it's a sound I have come to prefer. It's a great little release and one that I highly recommend if you dig any of the genres that this article is about.
Overall Score: 7.5
Highlights: Height of The Rifles, That Cursed Armored Train Despite my problems with the Russian black metal scene, I have to at least give it to them that once in a while, I do stumble upon something that does peak my interest in its take on a genre. This band's take on blackgaze is one that doesn't deviate from the influence from groups like Amesoeurs or Heretoir but streamlines it into songs that recall the melancholy of the former and the production and passion of the latter, while not being anywhere as self-indulgent. You've got the black metal shrieks, occasional blasts, and raw distortion, but beyond that the band tends to stick with a more post-punk and post-rock sound. Not so original anymore, but it's still pretty well done. The songs lengths are kept to a minimum while not remaining stuck in a single idea for the entire course of a song. Songs keep moving, you'll have a several ideas in a single song (depending on the length obviously), but rarely did things ever prove to be redundant. It's solid and I'd say that if you're a fan of this style, than definitely check it out because this band is certainly one of the better ones doing this sort of style right now.
Overall Score: 6.5
Highlights: Растерянность, Цемент

Last year, CAPA released their first album The Road Is A Grey Tape. which was actually quite an impressive post-rock release. This new release takes a far, far more aggressive tone, bringing in a much stronger black metal presence. Despite it's roots still being in the worlds of post-rock and ambient music, the band pulls off black metal very well, weaving the three styles in and out of each other in both tracks better than bands who get a lot more praise. I also have to give it to them for taking their black metal side seriously enough to not skimp on some of the more intense elements of the genre. Of course you still have the more melodic side of post-rock, and the occasional cleaner section, but I was actually quite surprised by how aggressive this album was. I think it's very impressive and definitely worth checking out if you happen to enjoy various black metal sub-genres (atmospheric, post, gaze, etc.).
Overall Score: 7.5
Highlights: Shallow Towers I 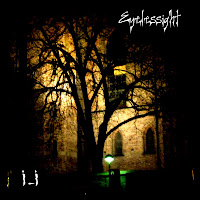 For this debut release, it's certainly worth knowing before you go into it that it is firmly rooted within the realms of the depressive black metal style. The band display all the hallmark ideas that you'll hear in nearly every band from that sub-genre including the really lo-fi production, howled, and unintelligible, vocals, and lengthy songs that don't really justify their lengths. I'd like to think I'm pretty tolerable of most genres of music, but as someone who went through a dsbm phase something like three or so years ago, I can say that these songs are too long. Being that there are only four songs, none of them really needed to be over six or so minutes long, and yet every track is over nine, with two of them being over thirteen, it's like, "No, no, and no." These are unfocused ideas that don't really go anywhere for extended lengths and after a while it just started to irritate me. I think that if you happen to really enjoy the whole depressive genre or blackgaze, then you'll probably enjoy this, but I just did not find a whole lot of enjoyment out of listening to this.
Overall Score: 2
Highlights: 7.12 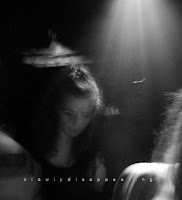 Sleeping Peonies is a very interesting project and one that I've sort of been following since I first heard a buzz around them right after their inception. This new EP certainly does have a darker tone than their other releases and isn't quite so poppy either. While I can't say it was an influence, there's definitely some sounds on here, particularly the drum sounds, that made me think of early darkwave and goth rock groups. I'm particularly glad to hear the band are maintaining the use of piano in their songs because while their songs do have this raw atmospheric quality that is quite endearing, the piano brings this air of beauty that I think might be lost among the distortion otherwise. Track wise, the band switch between blackgaze and ambient pretty well considering that I was always sort of iffy on them in the past, I think they did a pretty solid job with both sides on here.
Overall Score: 7
Highlights: Cemetery Kisses, Snowbound In Hazel and Furs 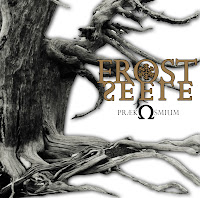 This album was released quite a while back and surprised some with its quality, since it is a one-man band. This five track affair blends your standard atmospheric black metal with a bit more of a progressive edge, sort of like early Enslaved, before they embraced their psychedelic impulses completely, though not nearly as unique sounding. I mean, two of these five songs top ten minutes (and this album is not that long) and they make up most of the album, which leads them to being the most interesting pieces on here. Die Architektur Des Seins is a rather extended look into the realms of folky black metal, fusing the two together in ways that, while have been explored in the past, is still pretty well done. Du is a bit more interesting, blending in some almost post-rock inflected clean moments. Both are pretty decent tracks but lack any real intensity or songwriting power to make them last or keep my attention throughout their running times. The other three tracks on here are fine, two instrumentals and an outro track, but compared to the two epics (of which I'm still pretty luke-warm towards), they just don't keep my interest. Don't get me wrong, I think there are so moments of genius on here, but this is a record that feels more like a compilation of odds and ends. Hopefully future releases will showcase more of a focused sound. I really wish I had more positive things to say about this album but I just can't see it as anymore than just slightly above average.
Overall Score: 6.5
Highlights: Die Architektur Des Seins, Du
Posted by maskofgojira at 3:27 PM