I had searched through numerous albums that I had in my review file and these were two that didn't really fit in with the rest so I figured I'd just put them out now. This one's for the fans of tech-death. Both reviewed from 1-10. 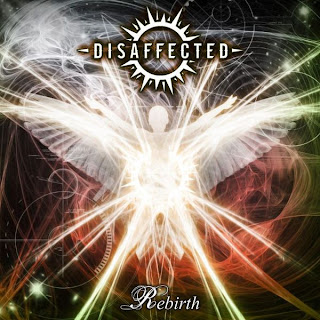 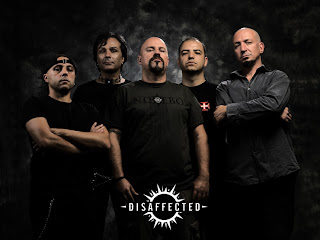 Disaffected is one of those groups who I was only aware of because of a phase where I really searched out everything that was labeled as "progressive death metal." Along with that came great bands like Love History and Scholomance (both great by the way) who were doing really interesting things with death metal in the mid-to-late 90s. When I first saw this new album I did a double-take because I knew the name but was surprised to see a new album from this band.
In all honesty, while I love groups like Scholomance and I think Love History are great, Disaffected was a group who I had on my Ipod for a while but didn't actually get around to listening to them until after I found this record. It's kind of weird because while I was listening to this I was being constantly surprised by the different ideas I was hearing from the band so I went back to their 1995 album Vast and found out that they were doing weird things back then as well. What I expected to hear coming in was a sort of modern tech-death band, kind of like what bands like Obsidian or Pressure Points is doing, more sort of progressive and technical, but not quite being in the wank territory of a group like Necrophagist if you catch my drift. Instead, what I'm hit with is a band who is, sonically, somewhat comparable to the two bands I mentioned above but throws in quite a few more interesting ideas that range from Egyptian melodies, bluesy guitar solos, power metal inflected keyboard solos, vocoder and spoken word vocals, and other ideas that really threw me for a loop. Certain parts to recall some of what they did back in the day, most obviously being Dreaming III (A Nightmare), but the majority of this record is less overt in its experimental tendencies, in my opinion anyway, and show a far great emphasis on the fluidity of parts. Each track moves pretty seamlessly from part to part without much incident, even when the parts are pretty different to each other, which is something even more experienced (in terms of the number of albums released) bands have trouble with. I really wish the songwriting was a bit better or memorable because the songs are interesting and it's obvious that a lot of work and love went into the composition of them.
As a whole I was very impressed with what the band did on here, though, like I said above, I wish it was more memorable. Besides that, I think there are some really killer and standout tracks on this album that are among the best I've heard from the tech/prog genre in a while. I think that this sort of record does have a pretty wide margin for appeal, whether you happen to like more melodic death metal or enjoy more the genre's technical and progressive side, you'll get something out of this.
Overall Score: 8
Highlights: Dreaming III (A Nightmare), Hypnotic Prophecy, 1460 Steps to Divine 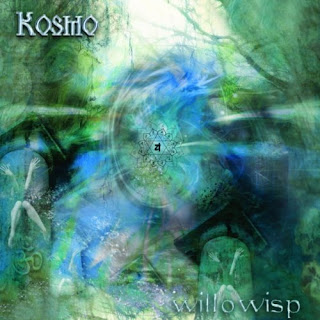 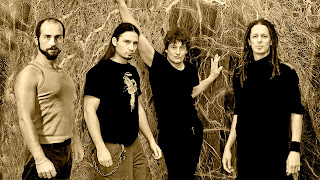 I was not aware of Will'O'Wisp before seeing this album, but it caught my attention. It has one of those covers that remind me of those underground tech death/thrash bands that aren't too well known where it's looks sort of cheep but still is somewhat cool looking. Upon actually looking the band up, I find out this is the band's first release in eleven years.
When I say tech death/thrash bands that are underground, I'm aware that that statement is really subjective, so I'll clarify. In this case, the underground tech-death/thrash bands that I'm referring to are the likes of Sadist or Node, bands who I hear relatively nothing about apart from when they have a new album, and even then it's still a bit iffy if I'll wind up hearing anything about them. But this review if for Will'O'Wisp, a band who have obviously decided to try something different after eleven years of silence. This isn't your Necophagist or even Opeth influenced death metal, this is more like Atheist decided to start listening to Ravi Shankar. When I say that, I mean you have a band playing early tech-death, modern thrash to an extent, intermingled with some more Indian influenced melodies. That, by itself, doesn't sound all that bad, and I have no problem telling you that the inclusion of sitar on a couple of these tracks is not a hindrance. When it comes to the use of those idea on the electro-acoustic portions of the album though, I can't say that I enjoyed those as much. Tracks like Going Back (My Samsara), Om Mani Pad Me Hum, or Bardo Thodol all make use of electronic elements, and keep in mind the use of those electronic bits does vary for each track, but some of them just made me scratch my head as to how they have any place on a record like this. I can deal with the ambient moments, but I really could do without the dance segments.
This isn't a bad record, but there are moments where it does feel a bit unfocused. The band certainly do the metal part of their sound very well and I really don't have any complaints about that, but unfortunately this isn't a purely metal record. If you happen to enjoy the fusion of technical death/thrash and Indian influenced electronic segments, I think you will find a pretty solid record with this one.
Overall Score: 7.5
Highlights: Six Forms of Existence, A Place of Rebirth, The Thoroughness of Thought
Posted by maskofgojira at 9:43 PM