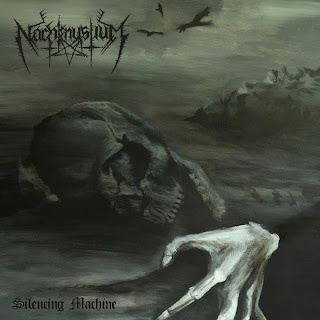 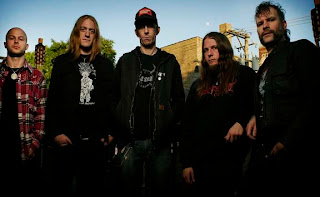 I can still remember the first time I found out about Nachtmytium, mainly because I perceived it as such an odd thing at the time. When Assassins: Black Meddle Part I was released back in 2008, I found about it through an article in Revolver magazine of all places (back when I actually read it and used it as more than a drink coaster). At the time, I didn't know anything about the band and was completely shocked when I saw them as the leading review; but I have since become a fan.
I guess it's worth noting that I became a fan of Nachtmystium through their more adventurous and experimental records and that this is more of a stripped back and raw record. There is very little of the psychedelic adventures of Assassins or the post-punk/goth rock leanings of Addicts on here, there are a couple of moments where they are definitely hinted towards, but there's never a sense the band are going back to those ideas on here. I know Blake Judd has said that he wanted to make a more stripped-down, back to basics sort of black metal record that was more in the vein of the band's earlier material, but I'm not really sure how narrow he set his sights when writing this because while the overall tone is certainly a raw, aggressive black metal record, I'd say that it is still far more adventurous than their early Darkthrone and Burzum worshiping releases. Back around the time I first found out about the band I did go back and listen to their earlier recordings, and personally, I do find them rather dull. The band didn't really start to hit any sort of stride when it came to songwriting or originality, I felt, until the Eulogy IV EP.
But back to this record. When the band finally found their stride as songwriters, they really did pump out some really catchy black metal tracks, and that is maintained on here through songs like the title-track, but I do think that the real hero of this record is producer/keyboardist Sanford Parker. What he does with the production on here is simply amazing, easily one of my favorite production jobs of the year, because he gives this album a very raw, very noisy sound, but there is still clarity for every instrument to shine through. I think the band even said that they wanted this record to be a bit more muddy, and in comparison to the last two full-lengths, one could see it that way, but it's not all that clouded of a recording, it's rich with texture and sounds, but not overblown or too complexly layered. There are more than a few moments on here where the ideas sound like they'd work just as well on a noise or industrial record, and I believe that that was intentional. I know that Decimation, Annihilation has been the one track on here which has given people the most grief due to the industrial effects being more up front than on other tracks, but I actually didn't find them to hinder the song at all. Personally, while I certainly agree that those elements are the most prominent on this track than perhaps any other song on the album, but the song's propulsive structure really fits well with the more apparent electronics, at least to me.
In the end I think it is an above average black metal album that has a band both expanding their sound while returning to an older one. I think it's a fun record, with some really great songs, but it doesn't quite top Addicts for me. Still very worthy of checking out if you're a black metal fan, and either way, it's worth noting that this is the sort of record that could appeal to you whether you happen to dig raw and underground records or more experimental ones.
Overall Score: 8.5
Highlights: Silencing Machine, The Lepers of Destitution, Give Me The Grave
Posted by maskofgojira at 3:38 PM