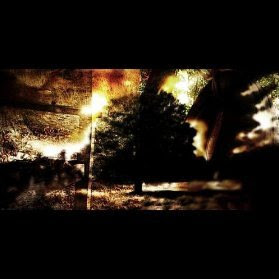 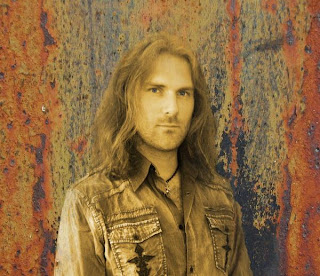 As some people already know, I am a fan of progressive metal, which is relevant in this case because it means I am a fan of Pain of Salvation. Being that Kristoffer used to play bass in the band and was the brother of the band's figurehead, Daniel Gildenlöw, I was really interested in hearing what he would do on his own. That was after the album had already been released however (I had no knowledge of this prior to that).
I feel I should warn anyone who checks this album out that if you are expecting anything remotely similar to the albums of PoS that Kristoffer participated, you will be sorely disappointed. Nothing on here is even remotely close to the experimental prog-metal of that band's early albums or the more experimental nature it began to take around the time of Kristoffer's split from the group. This is an album full of soft, somewhat progressive, ballads. I was certainly surprised the first time I listened through this album at how calming and almost melancholic these tracks are. Even though it is quite far from the work he did in PoS, you can certainly hear remnants and traces of ideas throughout. Several progressions in these tracks do indeed remind me of some of PoS's material and Kristoffer's voice certainly does sound similar to his older brother's, to the extent that when I first heard it I wondered if Daniel was guesting on here. I looked at several sites and it didn't mention anything of him being on here, so all I can say is that Kristoffer does have a good voice that I genuinely found quite surprising (because I am a big fan of Daniel's voice).
Because this entire album is populated by what are essentially ballads, there are a few tracks where it could be argued differently but I'll continue to refer to it as a album of ballads, it can feel a bit dreary at times. A couple of tracks just sort of pass on by without leaving much of an impression, though I'll certainly give it to Kristoffer for at least giving an emotionally captivating impression whenever he opens his mouth. If there's anything that can be said about this record is that you can certainly feel the emotion in each song, whether it's the a capella Längtan, the instrumental title-track, or my personal favorite on the album, the morose piano driven Overwinter, they all convey that very tricky sense of melancholic hope that is so hard to find in music, let alone find someone who does it without sounding contrived or cheesy. Having said that, I could see how some people could say that this is a depressing album, there really aren't too many moments where it moves out of that dreary melancholy, but I do think that if you can connect with it in some way or view it in a different light, you could see it as somewhat hopeful. Obviously, I can only speak for myself in the regard to how I connected with several of these tracks on an emotional level, but I think that everyone could at least find respect for the arrangements on here.
This is more than certainly not for everyone, but I still recommend at least listening to a track or so before making up your mind about it. Coming in expecting something a little more "rock" inflected, I was genuinely surprised by this record and can say that there are some really powerful songs on here. I realize this is being pretty specific, but if you like ballads, you'll have a field day with this, but I think it's worth a listen for anyone.
Overall Score: 8
Highlights: Rust, Heroes, Overwinter
Posted by maskofgojira at 1:41 PM