Eitarnora is a little folk duo from Illinois who I've been somewhat familliar with for a little while now and they've recently played their first show and are going to be releasing their new full-length soon so I figured I'd share two of these newer albums with you. 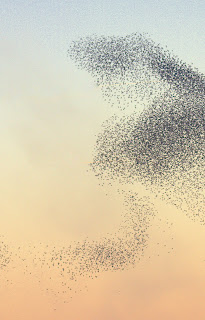 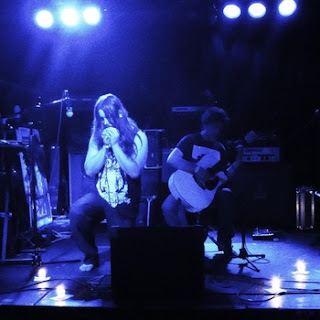 Eitarnora is one of those underground folk acts that hasn't really gotten a lot of praise throughout their relatively short career. Despite this being probably their biggest release to date, I have yet to see anything about it. Hopefully this article/review will bring them some attention.
I know freak and psychedelic folk music of this nature isn't exactly the easiest pill to swallow, even for myself, but when done right, it actually can be rather enjoyable. This duo comprised of one Jon Rosenthal and Carter Page manage to create some rather interesting improvisations that can cover the spectrum of moods from soothing to depressing, often times within the course of a single track. What makes this all the more enticing, I guess is the right word, is how minimal the instrumentation on here actually is. You don't have massive amounts of instruments playing at once, it's very stripped-down, with acoustic guitar, organ, and vocals providing the majority of the ideas and other instruments occasionally being used only sparsely. Maybe it's just me, but I actually felt that these tracks didn't actually need percussion, I only bring it up because there is some on a few tracks, and actually wound up providing a greater sense of calm. Unlike a majority of the other improvisational folk music I've heard before (and I have no problem telling you I haven't heard a lot of the genre) it is quite tolerable; and I know that sounds like I'm damning with faint praise but I found that this is the sort of release that you can either focus on and hear all the little details found in the background, but it's also something you can just put on in the background and let it chill you out. With the exception of Wishing For Sleep, which for some reason felt like it was cut off, all the tracks are really solid and it's well worth looking into if you're a fan of folk music.
Overall Score: 8
Highlights: Mountaintop, Soft Blooms 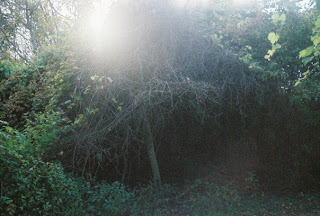 This is a more low-key release for the duo. It's a lot less sporadic in terms of mood and maintains that melancholic vibe throughout it's three/four tracks. I say that it has three/four tracks because the track Wand'ring Willow appears twice on here. The first is the natural, totally raw performance that aligns with the sound of the two tracks that came before it. The second version has tons of reverb placed upon it. It has a more funeral-doom sort of vibe, without any of the metallic edge or elongated riffs. Both tracks have their own pros and cons, personally I prefer the rawer version because it doesn't detract from the mood set in by the first two tracks. That also isn't to downplay the role of the first two tracks on here either, Sing My Name is a very haunting and minimal piece that just sort of hangs in the air for most of it's playing time and remains there after it finishes. I wasn't too into In Sodom, but at least in continued to vibe from the first song into the third.
It's a pretty solid little release that has some ideas which were clearly the root for where some of the tracks from the above album began. While it isn't quite as charming as the album above, it is still worth your attention. I'd say that if you like what you hear from this, check out the above, if you like the above, check this out.
Overall Score: 6.5
Highlights: Sing My Name, Wand'ring Willow
Posted by maskofgojira at 12:43 PM