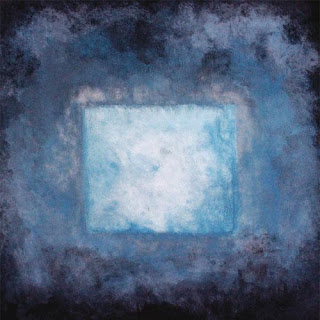 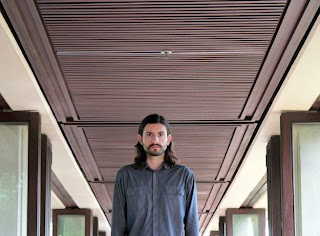 Ok, I covered Jon Porras' solo record last year, let's cover the newest release from the other half of Barnowl. This will be the first "new" album from him that I've heard (I have yet to hear Dreamless Sleep) because I ignored When California Falls Into The Sea last year. I'm been trying to come in fresh to this so I have not listened to any of his previous work in the past couple of weeks in order to "prepare" for this.
When it comes to drone based ambient music, Barn Owl are arguably one of my favorite groups so I have tried to look into both Evan's and Jon's solo material. I did enjoy Jon's solo album last year, but I have stayed away from Evan's only because I've recently gotten a couple of his records around the same time I got this one and I wanted to come into this with no prior knowledge of what his older albums were like. So, putting the needle to wax for the first time, knowing nothing of how his other records led him to this point, I took a deep breath and prepared myself for what could have been the worst. I'll admit, as an opening track, Near Dark is a bit unremarkable, not bad, but nothing to grab your attention, which is where Returning Spirits succeeded. The soft plodding that brought a very slight form of rhythm to the track's soothing atmosphere is what I needed to hear from Caminiti.
The rest of the album continues in a similar fashion of slow-moving ambiance that feels like your standing under a streetlamp at night just staring into the abyss of space. It's dark sounding, without a doubt, but it's also very vast and open, to an extent I'd almost call it beautiful. I say it's like looking into the night sky because you just feel like your witnessing/listening to something that is just beyond perception and the only real way you could describe it is beauty. Despite that, the album has a nice degree of variety on it that I have yet to hear from other groups and projects that are of a similar nature. The opening track of side B of the album, titled Moon Is The Hunter is a very interesting piece that has a semi-guitar solo over the standard ambiance. That sort of idea could come off as really pretentious if it was overdone or it could come off really lame if it turned out to be half-assed and out of place, but Caminiti pulls it off. Also, am I the only one who heard a comparison to Angelo Badalamenti's score of David Lynch's Twin Peaks: Fire Walk With Me score on Star Circle. Maybe it's just me, but the mood and progression of that track really reminded me of that score. Those are just two of the tracks on here that really stood out to me, but really, with the exception of perhaps the opener (which isn't bad, just lackluster), all of these are gems.
It's hard for me to really talk about these sorts of albums, and I do realize that my reviews for them wind up coming off very similar to each other, but I do enjoy this stuff when it's done well and makes me feel something. Caminiti is obviously extremely talented at writing ambient based pieces, as demonstrated in his work with Barnowl, but on here he really achieves something more formless and dream-like. Definitely check this out if you're a fan of ambient guitar based music.
Overall Score: 8.5
Highlights: Star Circle, Last Blue Moments, Slow Fade of Stars
Posted by maskofgojira at 10:45 PM