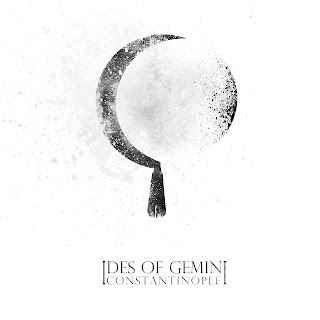 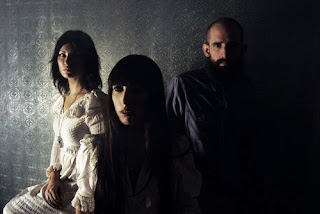 Originally, I wasn't going to cover this album because I had heard that it was the sort of album that wouldn't really appeal to me. I was not much of a fan of Black Math Horseman but I still decided to give this album a shot after I read a couple other reviews that piqued my interest. It turned out to be a completely different kind of record than I had thought it was.
Back when I had first heard the name of this band being talked about by various people, both friends and just random people and short reviews, I had heard that this was sort of a lame attempt at black metal from writer J. Bennett. I didn't really look any further into it just because I have a lot of black metal records to listen to already, and am constantly getting new ones, but at the time I didn't really want to listen to what I had heard was a very bad attempt at it. It wasn't until I read some reviews from some people whose opinions I actually put some stock in that I decided to just give this album a listen and give it a chance. I wasn't sure what I was going to get, because after thinking it was a very poor black metal sort of record, the review that made me want to listen to this said it was more in line with doom. So I went into the first listen a little cautiously and with every track that passed I found myself more and more surprised by what I was hearing.
While there were a few riffs that sound as though they were coming from a black metal frame of mind, the greater majority of the record is based more in the doom metal and psychedelic rock realms. It kind of reminded me a little bit of that Occultation album that came out a couple of months ago actually. Both bands have that sort of doom metal kind of vibe while making songs with atmospheres that are very unique and sort of trippy. I would definitely say that this album sounds a lot more barren and sparse than the Occultation record did though, though I wouldn't say it's any less haunting. Tracks tend to blur the line between rock-out blasts and more meditative repetition by sort of melding them together, foregoing a more traditional sort of structure in favor of more mid-period Neurosis-like approach towards psychedelia, hear Austrian Windows for an example. I think that Sera Timms does have a voice that helps to enhance the moodiness of the record by making bringing a sense of varied emotion to the record. In all honesty, this record isn't all that diverse, each track doesn't really break from the sounds that came before it, but she manages to convey both delicate melancholy and intense passion through her voice, which I think is the heart and soul of this band's sound.
The record isn't perfect, it is a little repetitive when it comes to ideas and by the end it kind of feels a little redundant, but it's short enough that it doesn't really bother me too much. I can safely say that it is a better record than I thought it was going to be. If doomy psyche rock sounds appealing to you, I think you'll probably dig this record.
Overall Score: 7.5
Highlights: Resurrectionists, Reaping Golden, Old Believer
Posted by maskofgojira at 11:50 AM