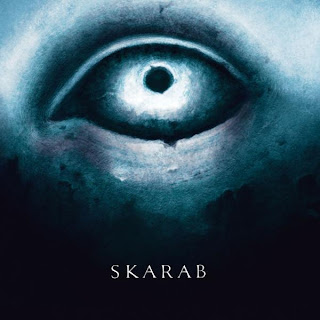 Like many others, I'm a big fan of Klabautamann. That fandom led me to eventually becoming a fan of Zeitgeister Music, who are actually quite consistent as a label in terms of releases, which eventually led me to this album. Since Zeitgeister tends to release, for the most part, albums from those in the Klabautamann and Valborg circles, you can probably guess where this album is coming from.
Depending on what your thoughts are when it comes to the term "avant-garde metal" you could either think this is completely interesting or a total misuse of the genre (which is a total joke if I'm speaking honestly, anyway). Featuring Tim Steffens of Klabautamann on guitar and Christian Kolf of Valborg, Owl, and others on vocals, you know that at the very least you're going to get something interesting. Personally, knowing how broad the "avant-garde metal" genre is, it's still a bit hard to really put this album in that category. When I think of that genre, bands like Mr. Bungle, Sigh, or Arcturus come to mind, this really doesn't sound anything like them, though I guess you could say there are some similarities with Arcturus' later work, but you'd really have to stretch it to justify that. This is more like some weird fusion of Nevermore, Confessor, and a small bit of Tool, but that's just me. I guess the term "avant-garde" works because I can't really think of another band that sounds exactly like this one, but I think that tag will more than likely throw some for a loop if they come in expecting something like the bands I mentioned above.
I really think Christian Kolf does a good job on here. Considering the music is weird, but in no way overblown or crazy, he delivers a very convincing performance on these songs. It's definitely a more restrained performance than what he's done in Valborg or Owl, keeping his vocals pretty somber sounding and not really ever belting it out. There isn't even much use of growling or screaming on here either. It really fits the music because, and to clarify why I compared this album to sounding like the three bands above (Nevermore, Confessor, and Tool), was because the band has a similar kind of idea to Confessor. It's a rather doomy, but progressive sound that is unusual and definitely unique, maybe even polarizing to some degree, but it's just that oddness. I mention Nevermore because some of the riffs do sort of remind me of the slower and more melancholic songs produced by that band and Tool because of a similar kind of atmosphere. Sonically there isn't much in common with Tool, but there's just this mood that sort of reminded me of the darkness produced on their records. Like the vocals, musically, it feels very restrained most of the time, rarely launching into a more aggressive section, it's first heard on Sunset (track five). From then on you do get a bit more aggression, though if you look at it in comparison to the member's other bands, it really isn't all that brutal or intense, though I will say it is consistently entertaining and engaging.
It's certainly interesting and for that I definitely give it props, though it is more than likely not going to be for everyone. I will say that if you wind up deciding to listen to this that it is a grower and it might take a while before you adjust to it. If you want to hear something unique, weird, and somewhat doomy, I definitely recommend this, you will not find another record like it.
Overall Score: 8.5
Highlights: Island of Birdmen, The Rabbi of Weeds, I Am The Winding Stair
Posted by maskofgojira at 10:50 PM